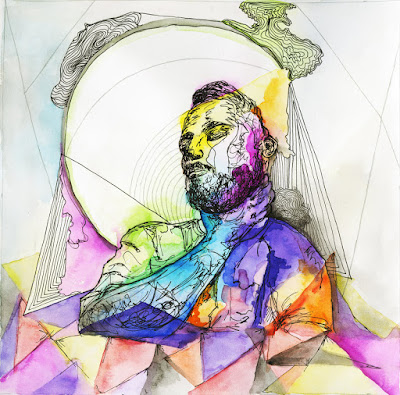 If you're looking for something light or poppy, keep moving: P.T.P's Bitter is an emotionally charged, heavy, thematically ambitious monster of an album, with all of the bars and New York City inspired production any underground hip-hop head could ask for.

Don't take an obvious love for Boom Bap or a foundation in the New York City underground hip-hop scene for granted though; P.T.P's artistry throughout Bitter is far from dusty or dated by bowing to a traditionalist aesthetic. Where many rappers from hip-hop's birthplace have recently gone all in on the nostalgia wave and try their hardest to rap like the next coming of Big L, P.T.P takes some of the best musical elements that made the Golden Era so damn golden and adds enough unique flavor to standout.


Don't be afraid to turn your back on those who do not believe in you for more supportive pastures. But wish them peace on their way, as you embrace yours. Make them believe by blazing your trail. ➖ On one hand, people can be fickle, flawed, even deserving of scorn. On the other - people can also grow, people can change for the better, people can recover from their missteps and become valuable allies and loyal comrades. Forgive, welcome, and embrace their better self if and when it comes into view - as I'm sure you've been blessed with the forgiveness and understanding of another. Pass it on. ➖ But also be wary of the inherent unpredictability of man - with an open heart but no expectation foes will be made fuel instead of foil. The more you know all the actors on your stage, the stronger the bonds forged and friendships made. The more you know your potential adversaries [persons or otherwise] within, the less of a threat their plots or negative energy become. Connect & engage with both. ➖➖➖➖➖➖➖➖➖➖ My lead single 'The Wave' off my upcoming EP 'Apatite' is available for streaming now! SoundCloud.com/p-t-p/the-wave ➖➖➖➖➖➖➖➖➖➖ Photo by @theo_vangogh ➖➖➖➖➖➖➖➖➖➖ 🌸Like, Share, Repost 'The Wave'🌸 ➖ 🌳Support the Music: soundcloud.com/p-t-p 🌳 ➖➖➖➖➖➖➖➖➖➖ @awayteamny Artist & CEO @street_trash_panther Brother ➖➖➖➖➖➖➖➖➖➖ #HipHop #Life #Rap #Inspiration #NYC #Portrait #independent #underground #music #advice #photography #new #rapper #emcee #artist #talent #creativeprocess #people #poet #newyorkcity #beard #release #tall #knowledge #philosophy #motivation #upandcoming #pensive #thoughts


Lyrically, Bitter is quite dense. P.T.P's often idiosyncratic flow deceptively camouflages the sometimes staggering number of syllables he fits into each bar, and lovers of prying apart labyrinthine meaning will find plenty here to feast on. But beyond some technical shine and a ton of fun schemes, Bitter is most interesting for it's unique emotional perspective and deeply reflective approach. Many artists attempt to show us the inner workings of their fractured minds, few do so as fearlessly or with as much nuance and vulnerability as P.T.P pulls off on Bitter.