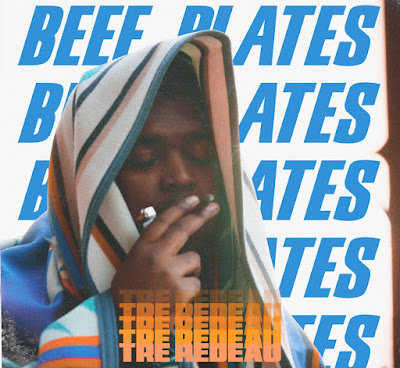 ​​ Portland hip-hop artist Tre Redeau makes his return with the brand new Brandon Dean-produced single, "Beef Plates." One of PDX's best-kept secrets, Redeau has recently toured with King Chip and collaborated with Dizzy Wright, as well as being featured in The Source, All Hip Hop, and more. "Beef Plates" is jazzy, uptempo groove that finds Tre experimenting with melody and a high-speed flow. "You want beef? I got plates," is Redeau's version of, if you need it I got. Laced with a nostalgic "Boyz In The Hood" clip, Tre's "Beef Plates" has a golden era vibe of the 90's, while at the same time adding a 2017 approach to everything from the artwork to the production. Tap in with Tre Redeau on Twitter and be sure to check out some of his past music videos including Doja ft Dizzy Wright & Blossom as well The Anthem ft Myke Bogan and Manny Monday.