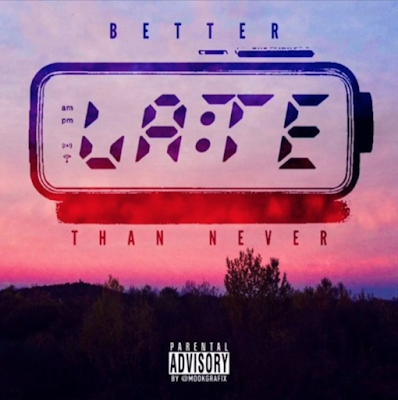 New Jersey artist C. Truth, one-third of the buzzing group Trulogy, continues to make waves under his solo pseudonym with the release of his debut project, Better Late Than Never. The term "debut" feels like a misrepresentation for the LP; even after a first listen it sounds polished and far from a first go at things. Tracks like "Astounding" and "In My Bag" featuring E. Bell, reflect the time-years in fact- that Truth has been putting work in. Lasting 11 tracks that don't short change us or drag, the young MC flexes his vocal range, making hay with the cats who are wowed by bars, as well as those in search of something more melodious. The effective contrast is evident between the R&B infused "Sophisticated" and the higher tempo, macho "Let it Be Known," featuring Sousa. A promising project overall, C. Truth gives the people something to look out for.

Listen to Better Late Than Never below.