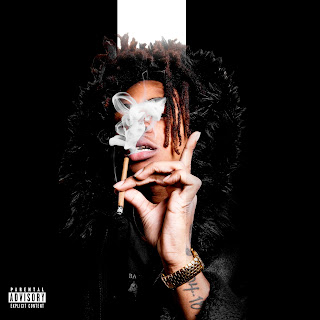 The young trap-star, better known as EMAAD is back again with new fire! After releasing his latest body of work "DESTROY" over the summer, EMAAD returns with a heavier, more infectious sound on his new drop, "Silencer".

Releasing the new audio on his birthday, he shares a few words for fans and new listeners:


This song is one of my favorites from the new ones I've made. It's a different me on it . I've been slept on for over a year, and as an artist, I'm tired of being slept on.. Especially when nobody makes my type of music or can do like I do. So I just had to let the shit be known. I'm really the chosen one, meaning chosen by destiny and God to destroy impending disasters (such as rappers and negative vibes) in front of me. -EMAAD

This year has been extremely molding on EMAAD and his artistry. With his new drop, many will be able to relate to the feeling of taking L's and trying to be the top dog in this game. With "Silencer," EMAAD shares his loses with all who can feel him. With an upbeat track that is sure to turn a situations volume to the max, EMAAD is making his own lane musically to motivate the people to boss up and peep a bigger picture..


In the song I'm saying "I was tired of losing.. baby I'm the chosen". I want people to know the grind, and never quit applying that. Never stop. That's what I want y'all to feel.. Because I'm never stopping.


Tune in below for the latest.