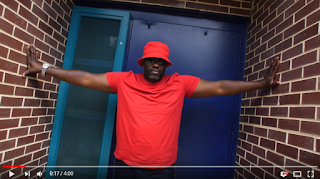 South Philadelphia emcee Jazz Fresh presents the "Streets Are Talking" music video, featuring King Magnetic. The track was produced By Spply n Dmand Productions and the video was filmed and edited by Randy Boehm. The track is from Don Of The D League, his forthcoming album on Marsten House set to feature Army Of The Pharaohs members King Magnetic & V-Zilla, Doodlebug of Digable Planets, Big Lou of The Streetsweepers and Adlib of Battleaxe Warriors. First signed by DJ Jazzy Jeff, he was featured on the platinum record "Trapped On The Dance Floor" (stream on youtube) by The Fresh Prince & Jazzy Jeff. After parting with the duo, Jazz signed with Select Records alongside the Real Roxanne & Chubb Rock. During the Select Records days, Jazz battled The Juice Crew’s Big Daddy Kane. Beanie Sigel and Black Thought credited Jazz Fresh as their inspiration. In the early 90’s Jazz retired from music until he met Kurupt of The Dogg Pound and signed with Antra Records, where he recorded an album that was never released. "When I first decided to come back to rap everyone was saying I was too old and I wouldn’t be able to do it," Jazz says. "I wasn’t taking the insults personally because people have the right to their opinion but I believed differently. I was going to prove everyone wrong. I linked up with Marsten House and started jumping on their cyphers, dropping videos and doing shows. Now everyone's talking about me. The streets are talking about the Don Of The D League. Not about my past. Not about the Big Daddy Kane battles or Jazzy Jeff & Will. About right now."