Langston Francis - FCKD IT UP (Video) 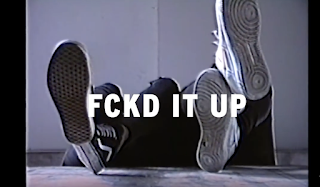 Toronto-born Langston Francis just released his debut single “FCKD IT UP”. Co-written by Langston and produced by Miles Jones and Adam King, “FCKD IT UP” is a hypnotic mix of ethereal synth, electronica and bass-heavy beats, that showcases Langston’s distinct musical style. Langston’s artistic drive propelled him to learn multiple instruments (including guitar and piano) and while he’s a skilled performer, it’s in the studio where Langston feels most at home. He honed his distinct voice and prolific songwriting there, playing with pitches and chord progressions at whim, and creating his unique aural footprint. The video for “FCKD IT UP” , is produced by Gavin Sheppard (Quiet As Kept, The Remix Project) and directed by Elliot Clancy Osberg (Roy Woods, Anders). It was filmed on VHS tape (incorporating iPhone footage and still photography) and reflects Langston’s experiences living in Toronto.