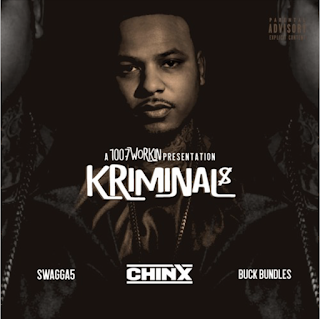 Virginia-reared rapper Swagga5 relocated and has been in New York recording his new project “For The Bag” over the past year. It's difficult not to be inspired living in New York, and the vibe helped inspire him to finish this record.

Me and my producer (1007workin) have been holding on these Chinx vocals for two years now. Timing is key I didn’t wanna force it, and I wanted to make sure we brought back that same vibe Chinx was remember for. Long Live Chinx!” - Swagga5


If you're familiar with rising talent Young Crazy, than get hip to Swagga. He is one of the original members of Crazy Camp. In 2014, he released a joint mixtape with Young Crazy titled “Crazy Camp World,” and in January 2015, he released his debut mixtape, “BIG BOY BUSINESS”.

In present time, He has been recording and building his new catalog. His forthcoming project “For The Bag” is expected to be released in January 2017. Tune in below for his new drop, "Kriminals" featuring Buck Bundles and the late Chinx. RIP to a real one.