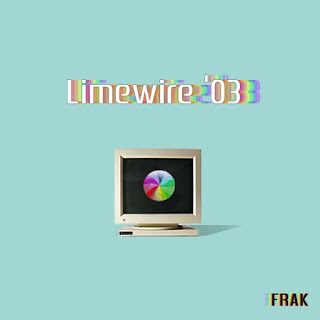 "The limewire concept came from us sampling a bunch of early 2000's R&B records and trying to get at that y2k nostalgia when bootlegging was still in. Also the album covers a lot of themes of tech accessibility and how it affects our day to day lives, which really popped off when torrenting was born."

"They say battle rappers can't make music, which is often true, cuz a lot of these fools just battle imaginary haters on songs too-- but when I found battle rap as a platform to prove I could rap, it allowed me to return to my music without having to be so lyrical, and really focusing on the musicality and cohesiveness of the project"
About Frak: He's a Bay Area rapper known for his steezy music, concept videos and freestyle ability. He is also a battle rapper on King of the Dot and has been consigned by such artists as Anderson Paak, Watsky, Mistah Fab, and Kendrick Lamar.