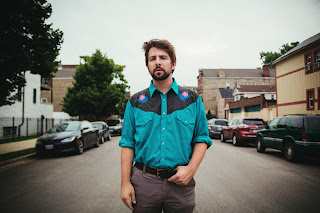 Two of Chicago's most exciting artists linked up for a loose single titled "4G SPEEDING."

Producer/guitarist/singer-songwriter Walkingshoe spent most of 2017 releasing loose folk-rock singles, but he has returned to hip-hop with this trippy new single, featuring Qari, formerly of Hurt Everybody.

"4G SPEEDING" features a psychedelic style that Walkingshoe used heavily on his excellent 2016 project with ShowYouSuck, BUMMER. The track is built around a heavily slowed down, distorted vocal sample, with keys, guitars and minimal drums filling out the beat.

Qari sounds at home on Shoe's lo-fi production, though its style is different from his work with Mulatto Beats. Walkingshoe told OK-Tho that he and Qari have been friends for a while and are planning on doing more work together.

"Like a lot of the awesome artists I’ve had the pleasure of working with here in the city, Qari puts 100 percent heart into every song and is influenced by a wide range of music outside of rap like myself," Walkingshoe said. "But Qari has a style all his own, and (it) is awesome watching him craft an awesome song on the spot in the studio. He's an incredible artist and great to work with." 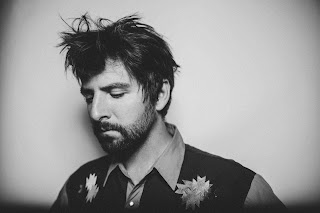 Listening to Walkingshoe's SoundCloud page, it's clear he has a wide-range of musical influences. His folk-rock songs, such as "PAPER MOON" and "ALL THE WRONG PLACES," have a feel of early Wilco and even a little Weezer influence. His work in hip-hop, however, has a distinct lo-fi sound.

His 2015 LP, The Future Will Kill You, featured notable underground names such as yU, Has-Lo and Defcee.

"I wouldn’t say I intentionally try to make my hip hop work sound different from the folk stuff I do, I just whatever song I'm working on play out naturally and go with whatever feeling that I think comes across best," he said. "I don't do a lot of planning, I just sort of let things happen. But to contradict that, I’d love to try to combine my hip hop production a little more with my folk stuff, which I guess is sort of a plan."

Walkingshoe has a big 2018 planned, including a long-awaited project with fellow genre-blending Chicagoan, Rich Jones. Jones and Shoe are putting the final touches on a collaborative project under the name Bad Ambassadors.

The two have previewed songs from the project at concerts over the past year, as well as on WGN Radio.

Shoe said he also has 10-12 solo records that we will be releasing throughout the year.