Evidence - Weather or Not (Review) 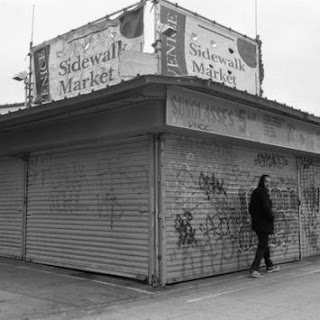 In his third studio album, LA and Rhymesayers own Evidence delivers substance, wisdom, and vibes.

On the intro track The Factory, Evidence welcomes you to the album, the factory, and the West. He shows me personally that he's a Hip-Hopper's Hip-Hopper by referencing a classic book that is essential to some of Hip-Hop's biggest names, Robert Greene's The 48 Laws of Power by saying "Never outshine the master, the rule before two."

Evidence follows up on wisdom with the song 10,000 Hours which references the 10,000 hour theory from the book Outliers which claims that 10,000 hours (In the form of 20 hours a week for 10 years) of practice in anything leads to success or perfection.

The second track Throw It All Away carries the wisdom on due to Evidence admitting that when he was burning his money while being told not to, he was walking in the rain thinking that more was always gonna be on the way and also not thinking to just save it whether more is coming or not. This song provided me with some of my favorite quotes from the album like "No son but I fathered this verse." and "Hands high like a stick up, Killer Michael Runnin Jewels."

Rain drops is one of my favorite tracks on the album because of the peace that is brought to it by the beat, and Evidence's calm delivery. He expresses how the rain helps him see clearly. Another reason I love this track is a rather corny reason, but I myself love it when it rains so I can really appreciate this song haha.

Love is a Funny Thing ft. Khrysis, Styles P, and Rapsody made me feel like it was the early-mid 2000's and that I was listening to The Diary of Alicia Keys. That's not a bad thing at all, that's fantastic. The subject of the song is whether or not the love the artists are receiving is genuine or not.


To make a Long Story Longer ft. fellow west sider Jonwayne is an extended come up story, not just as an MC, but as a man. Wonderful World ft. Rakaa exemplifies the classic braggadocio that MC's usually showcase.

The final track I want to touch on is By My Side Too. Here I feel Evidence is saying that with him being one of God's children, God is always by his side. With that said, Evidence is expressing his love for his own child and how he'll always be by his son's side too. A powerful story was told here when Evidence spoke on how when his son was being breast fed by his mother, it lead to her finding something in the process. To quote Evidence "It turns out that she has stage three C Cancer, and he saved her life man he really did. So you a blessing my G, I love you."


This was my first time hearing an Evidence project. I have to say, like every Rhymesayer, he delivered.