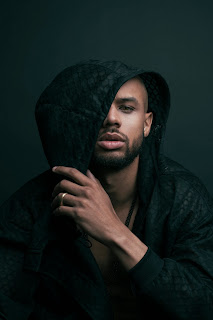 The story is not unlike Grosse’s real life story, as the singer-songwriter moved from Phoenix, Arizona to Chicago, and after a couple of career risks, he followed his dream of being musician.

“Growing up (in Phoenix) I felt like I didn’t belong, like my mind worked differently than the people around me,” Grosse said. “There was sports, gangs, a movie theater, which I spent a lot of time at with my parents. After college I moved downtown and that was more my speed, but I still wanted to move to New York or L.A. to pursue music.”

He said moved to Chicago after he was recruited by a marketing company, which was “the best accident in my life.” Like most transplants who move to a new city, Grosse struggled at first to find his niche within Chicago’s expansive music scene. His focus on music greatly increased after he left his job after being offered a promotion and quit to backpack through Europe and Asia.

“I spent 3 months on the road doing nothing but traveling from London to Japan playing music for people I didn’t know,” he said. “By the time I reached Tokyo, I knew that music was going to be my life. I spent a couple weeks in this hostel in the Chiyoda district researching everything I could about the music industry. I then flew back to Chicago to start my career as Apache Grosse.”

Grosse and Salvator Cordova produced “Brooklyn Girl,” which has the feeling of House of Balloons era The Weeknd. The video co-stars Selena Sofia and was filmed and produced by Pogi Studios. Apache Grosse recently chatted with OK-Tho for the premiere of the cinematic music video.


OK-Tho: You threw a video premiere party a few days ago, how did that go?

Apache Grosse: It was a dream come true. We had a massive turnout and enough people got drunk to know it was a good time. For the most part it was a big party, but we did throw in some performances before we screened the video. I performed a couple of songs, along with my co-producer Salvator Cordova and Selena Sofia, the star of the video. These two people helped me create this video and I knew they were both great musicians and I thought it was important for people to see that. One of the most unreal experiences for me was after the video was over we gave out free cds as a thank you. I had about 10 people come up and ask me If I could sign them. It was a dream come true.

OK-Tho: The video for “Brooklyn Girl” is pretty cinematic looking. Who all worked on this with you, and how did you end up collaborating with them?

AG: If you have ever worked with me you know one thing, I am overly critical and strive to create the art that I believe holds a certain level of originality and quality. Luckily for me I had the perfect team that felt the same way. The video was shot by Pogi Studios a local film company here in Chicago and close collaborators of mine. One of the owners, Brian Almalvez, help me early on my road to becoming a musician. We met at the company I worked for and connected over out love of art. After learning he was a videographer I offered to buy him a plane ticket to Arizona to come out and shoot a series of videos. He accepted and after that we became close friends.

When we decided we were going to attempt to shoot a full length music video I knew I had the right partner. This was our both of our first attempts at shooting a music video. It took weeks of planning, five days of shooting, a 13 hour road trip to New York and four months of editing. We both almost lost our minds and killed each other. But because of our friendship and chemistry we were able to complete the project. Also among Pogi was JP Quandara (Brian’s business partner), Cain Camacho our cinematographer and Brian Casallo our color grader. Sal also created the soundscape at the beginning of the film. 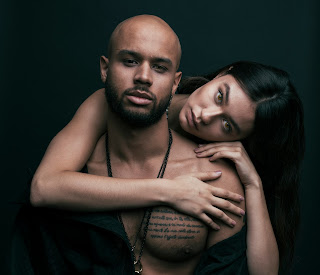 OK-Tho: Can you expand a little bit about the story/narrative of the video?

AG: The Story of “Brooklyn Girl” is about a young woman who moves to New York City from her small town in pursuit of a more exciting life as a model in the big city. As the rush of New York and the fast lifestyle consume her and she starts to follow a path of vanity. Life becomes more and more exciting and the way people perceive her starts to change as she becomes more successful and famous. But the danger in vanity is it has a way a creating a false sense of value and fulfillment. And as vanity overtakes her she begins to forget all the small joys that her old life brought and when the time comes the vanity abandons her she’s left feeling empty and displaced. At this moment she is faced with the decision to head back home and try to reclaim the happiness that she once felt, or to continue to pursue her dream of becoming a supermodel and succumbing to the challenges and cost vanity would demand.

To me, “Brooklyn Girl” is a cautionary tale. Even though the main character is a female and I play the character of vanity in a way this film was a warning to myself. I wrote the song when I was visiting a friend in Brooklyn. I saw what his life had become trying to pursue a life as a model in the big city and it reminded me of my pursuits as a musician. I understand that this road is going to be filled with sacrifices and distractions. I’ve made my choice with what I wanna do with my life I just hope the sacrifices I make along the way are for the right reasons that I don’t get lost in a world of false vanity like so many other artist I’ve known.

OK-Tho: You also wrote the script to the video. Is this the first time you’ve done writing for a film or video?

AG: Outside of the early videos I shot in Arizona, which were brainstormed under the effects of a lot of weed this was my first time writing the story and script for a film. When I write songs I create the full story in picture in my head and on paper. So even before I wrote the script for the film I already knew what the film would be I just had to figure to the exact imagery that would tell it. Luckily I was working with Pogi. When writing the story out we sat down at my kitchen table and then helped me time stamp all of the scenes and helped me understand visually what was and was not possible. Every time I work with Pogi they are extremely organized and effective. Brian was the one who actually taught me how to put together mood boards and pre-production briefs. After the script we moved on to casting and logistics. 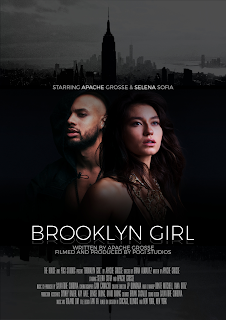 OK-Tho: What is the significance behind the yellow eyes in the video?

AG: I didn’t want people to get confused with my character. The last thing I wanted was for my audience to think that I was just a man controlling a woman. I play the role of ‘Vanity’ and the glowing eyes help the viewer think deeper about what my character represents.

OK-Tho: At the moment, “Brooklyn Girl” is the only song you have online, will you be releasing more singles or a project soon?

AG: Eight months ago I started working with an amazing manager by the name of Benjamin Levine, whom I know you’re familiar with. I’m extremely excited to see what this year looks like. I write songs and produce songs every day with the collection expanding. I’m extremely critical when it comes to the standards of my art. My goal is to continue to refine, expand my audience, and release material that I believe reflects where I’m at. You should expect a new single for me in the next couple of months.