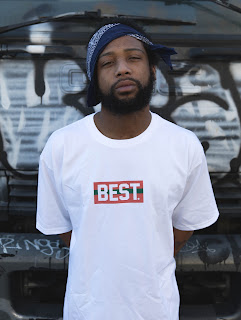 The San Francisco Bay Area has long been recognized as a hotbed for original, unique, trend-setting independent hip-hop. But the Bay's largest city, and the tenth largest city in the nation, rarely gets the shine it deserves as a beacon of creativity and important contributor to the California rap scene. With his new single and video "DFW," San Jose's ZIGGY aims to change all that, and bring the Zae the respect it's earned as a future major player in both commercial and underground hip-hop internationally.

As his first drop since appearing on one of the Bay Areay's biggest songs of 2017, Philthy Rich's "Right Now" with SOB x RBE, "DFW" represents a huge new step in Ziggy's rise to California hip-hop royalty. Cisco handles the production, bringing the same swagger and style that have made him a favorite of Bay rap heavy hitters Rexx Life Raj, Rich Rocka, RBC Bugzy, City Shawn and others. Add in a freshly minted distribution partnership with Empire, and "DFW" is sure to push the young San Jose king to new heights.

Leaning heavily on the familiar sunshine, new whip, and pretty woman imagery that's become iconic in West Coast visuals, "DFW" has a Californian glow that's at once nostalgic and as vibrant as the Golden state. The inclusion of neighborhood markets and San Jose residential streets as a backdrop for Ziggy's glow-up is an important authentic touch, grounding the rising rapper's aesthetic in the colors and people of the home town.

Sonically, "DFW" has all the necessary elements of a bonafied Bay Area banger, with a bouncy beat dominated by crisp claps and old-school West Coast inspired top synths. There are style elements here of some of California's largest buzzing acts; YG, Mozzy, and HBK lovers will all find things to love immediately in "DFW's" catchy melodies and accessible rhymes. But the swag and polish on "DFW" is all ZIGGY, nothing about this drop feels overly tributary or far-removed from San Jose and the upbeat, charismatic, everyday brilliance that has cemented ZIGGY as one of the Bay's most exciting acts to follow.

With an album coming soon and a ton of high-quality content in the pipeline, there's no better time to catch up with the Zae's newest star. Follow ZIGGY below, and don't blink, or you might miss the destined break-out of a future trendsetter and California king.