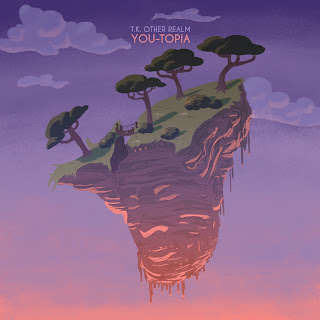 Cali native T.K. Other Realm has been working on his debut body of work, "You-Topia" for quite some time. Along his musical and spiritual journey, he's gained a lot of experience, allowing You-Topia to serve as a clear auditorial process of all that's he's learned and acquired along his quest within self.

Standout tracks like his first release from the album, "Henchmen," display his energy, where as other songs like his second release, "Wanna Be," present a real message to be digested thoughtfully.

The entire concept of "You-Topia" is one that is intended to wake up the masses and use their third eye in today's society, but enjoy life all the while doing so. T.K.'s variable artistry is to be reckoned with, and with his full length introduction, he's aiming to save a dying world, one record at a time.

Tune in below for T.K. Other Realm's debut album, "You-Topia".