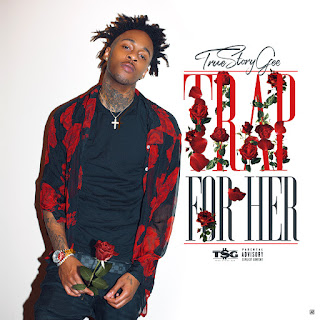 Rare Sound artist and one of Atlanta's most promising new talents True Story Gee is back on the scene with an incredible 8-track project titled Trap For Her. This new body of work, which includes features from K Camp and K-Major, serves as Gee's follow-up to his 2017 debut project Shannon's Boy.

Gee also saw success at the end of 2017 with his single "Open Yo Eyes," which was featured on K Camp's Slum Lords 2 mixtape. Since it's release, the song itself is near 1 million plays on YouTube, giving Gee some well-deserved notoriety within the Rare Sound camp, and beyond. Focused on making music with a message, Gee approaches the love holiday with a body of work that has something for everyone.

From the title, to the art work, to each and every song, True Story Gee delivered the full package with Trap For Her. Enjoy the full body of work and be sure to follow Gee on all platforms!