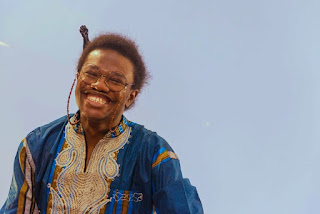 Chicago, by way of Minneapolis, rapper Vagabond Maurice has carved out a nice niche for himself, blending his biggest passions: jazz, lo-fi hip-hop and anime.

Vagabond Maurice had a quiet 2017 after releasing an LP titled Watching Icarus Fly in 2016. He has since been building his fanbase by playing shows around Chicago and the midwest and is releasing loose singles to build anticipation for his next project.

His latest drop, "Kerberos Meteor Showers, Pt 1," is a chill, jazzy joint produced by Emperor Bohe and features a verse from Leyone Tracks.

"('Kerberos Meteor Showers') is a song reflecting on how sturdy the legacy of the music I'm building will be sustained as well as reviewing the past year of traveling and writing I've been doing," he explained via email. "But like most of the vibe of my songs, it's rooted in lo-fi and jazz hop type of atmosphere and all that good stuff."