Casket D. on New York and his influences (INTERVIEW) 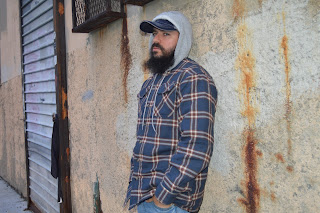 Peace to the OK-Tho community. I have yet another interview to bring you today, this time with NY MC Casket D.

1. My first question is how you got into Hip-Hop? What was your first introduction to the culture and your first influences?

Growing up I was influenced by my older cousins and uncle who were listening to albums by the Wu, particularly 36 chambers, Only Built 4 Cuban Linx, Tical, Liquid Swords, ODB's joint. They listened to BIG, Nas, MOBB Deep, Hov as well, and then I had another set of older dudes in my family that were big on Bone Thugs and Pac that I was around when I was young so I was listening heavy at an early age and a lot more knowledgeable than the majority of my homies that were my age at the time.

I pretty much instantly fell in love with Hip Hop. Coming from Yonkers, DMX and the Lox were a pretty big influence on me too. And as time went on I rocked with Beans and State Prop, Outkast, T.I., Juvenile, lil Wayne and the Hot Boys, etc... the Dips and G-unit made a major impact at a point in time where I'm from too.


2. How do you feel about the current state of the Hip-Hop scene?

I think Hip Hop is beautiful right now because there's a lane for pretty much everything, so many sub genres. There's still gangster rap and conscious rap and there's also newer styles with the emergence of drill, emo, mumble rap, the evolution of trap. I appreciate all that. Also there's artists like Jay and Nas who are 20+ years in and still able to put our number 1 albums and have an impact, we're finally having longevity in legendary artists like other genres of music.

I love that. Everything isn't for me as a listener of course, I have my personal tastes and preferences like anyone, but that's cool too. What isn't or me is for others and vice versa. But overall I think Hip Hop is in a good place, real quality shit is out there in abundance and so is stuff of less substance for the casual fans.

As far as MC's go Nas is probably my favorite of all time, Hov is up there.. dudes like BIG and Pun were cut short and I loved certain albums from them while they were here. I related to Pac's aggression and compassion so much, Ye and Em had some incredible albums that are up there for me. X first 2 albums will always be up there for me. When it comes to artists, it's the albums that put them in this elite category.

Some all time producers I love, vintage Just Blaze, Alchemist, Dilla, Dre probably has had the most overall impact on Hip Hop period. Premo, Havoc those are all time greats for me. Alot of them are DJ's as well. Green Lantern is a legendary DJ to me, Pete Rock legendary producer DJ, Drama and Don Canon these are big time legends and then coming from NY the mixtape era DJ's are super legendary like Clue and them.

Some of my favorites of today when it comes to MC's are Krit, Gibbs, Killer Mike, I love what TDE got going on, Dreamville got a strong roster, Dza got some dope shit, Boogie, Mozzy, and not too my own horn but to keep it a buck I feel like I'm capable of being 1 of the greats with the right situation and opportunity and truly believe my team could hang with any camp musically, so us would be a proper and honest answer too. MGB, Mad Gifted & Bothered is who I probably listen to the most right now.

4. What MC's and producers would you like to collab with the most?

Any of the previously mentioned of course. Krit for sure, I think we would make some real dope music. I'd like to collab with Westside Boogie too, I think that would be dope. 6lack for sure. I love El P's production, Statik, Anderson Paak, JID, there's a handful of people in this game that I could see myself working with..

5. How'd you get your foot in the door as an artist?

I started out as a teenager and the young bull in a local crew with my cousin and older homies from my hood and then as time passed and things dismantled I was ready to be the big dog and a few of us started our own movement, MGB. I grinded my ass off on the local scene then on the indie circuit in NY. Headlined many shows and made a name for myself and statement everywhere we stepped.

My bro Chedda, yall would know him as DJ Guap moved down to Houston Texas some years back and that was significant in my success thus far as well. I started working with some dope and big acts down there and that gave me a whole new outlet to fans in a region that comes with a loyal fan base. Blogs and publications have spread my shit out there. And honestly just making music that is that impactful and has lasted with every1 it's touched. Quality music with your heart in it registers with the listeners and their support has taken me to where I'm at right now.

6. Can you tell us about where you're from, and if there's a Hip-Hop scene there?

I'm from Yonkers NY, born and raised. Southside to be exact but spent plenty time on the North as well. Yonkers is a prideful city, we rep our blocks or hood with our heads up and chest poked out. Being from here I feel it's my duty to be a prominent face on the indie scene in NY and rep for my city who is often forgotten about in the midst of the Boroughs.

The underground/independent scene in NY is small and almost fraternity like so if you're actually making any noise you worked with or performed on the same bills as the other dudes making noise too. Relationships are built from that a lot of times. I fuck with a couple of different artists/crews from BK, Harlem, the BX and so on just from bumpin into each other at theses events, studios or shows throughout the years. It be love for the most part, it's almost like your draft class coming into the league.

But pretty much if some1 mentions Yonkers outside of there, my name gets mentioned and that's wassup. There's a lot of talent where I'm from too but Y.O. is a trap if u let it be. Shit takes a hold of you and won't let go. A lot of people think too small and don't see beyond the town and that ends up being their downfall. Overall I say in my city specifically there's a big local scene but only a few artists making real noise outside of there. As far as the whole NY there's a dozen or so dudes really making the mark knocking on that door to really blow nationally, I'd like to think myself included.

Last: What's next for you as a solo artist?

Right now I'm just in the beginning stage of working the shit out my sophmore album 'Southie: Stories of Untold Truths Hidden In Existence' with more press runs and what not, we're gearing up to release the 2nd visual off the album for the song Revelations and have plans to release a minimum of 6 video/short films off the album. It's my most successful project thus far and just recently released.

It's really something special man, and hearing fans call it things like "classic" or say it can match up with any of the best albums this year is a blessing and confirms what we knew all along. The response has been incredible so for the next year or more I'll be pushing the fuck out of S.O.U.T.H.I.E. and performing off it. Any1 in my camp knows I'm a workaholic so while doing that, I'm finishing up the recording process of what seems to be my 3rd album 'Beautiful Struggle, Dangerous Freedom' at the same time I recently started the creation process of another solo album that my producer/bro Grammy Salazar is taking on the bulk of production titled "White Light Experience".

Got an EP that should drop this year as a duo (Weapons of Fate) with my bro JayCinaster and have another solo album I'm working on that is in the mold of Jay-Z Dynasty album where it serves almost as a compilation that my bro Blizz is executive producing with me. My other solo efforts are usually so concept driven and filled with plenty of substance that I kind of stay clear of a a lot of features, so with this album I'm kind of just having fun with it making those knocking records and working with my team and some other artists I respect and fuck with. I'm excited for them all.

That's dope man. Anybody you want to say peace to or Shoutout before we go?


S/O to the home team!!! I love working with my camp. I love making music with my bro's Packs, JayCinaster and Blizz. Working with my cousin Genesis, we've been doing it for 15+ years. My bro Pjay Johnson. I love working with my producers and bro's Grammy Salazar, TaliBoom and the chemistry there. My bro & partner Chedda who mixes and masters all my albums, I appreciate their dedication.

I'ma get us to the promise land with them by my side. The entire MGB, my bro Theory. The whole SouthSide!!!! I encourage you to support Think Str8 & Treb'L Clothing. Most importantly S/O to the fans, supporters and God... this shit takes a toll and sascrifice that most couldn't ever imagine and I've taken that on knowing I'm doing what I love, touching peoples souls with my shit and to leave a legacy we could all be proud of.