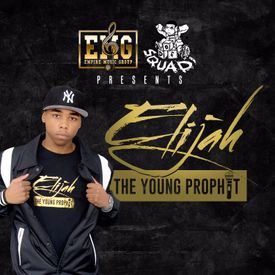 Legendary producer and MC Erick Sermon has hit his fans to help fund his latest work as well as reboot of his own label Def Squad. With a solo album on the way, he also plans to push the latest addition to the newly resurrected imprint.

Starting things off is is this 6 track EP from New York youngster Elijah The Young Prophit, which comes to us Empire Music Group. The short project see's the upcoming artist giving listeners a taste of his versatility as he looks to prove his lyricalness on a few original beats as well as some classic instrumentals including Nas' "New York State Of Mind" and Jay's "Ain' No Nigga".

This is just a cookie from the young buck as Sermon is currently working on with him on some new material which he will produce along side Rockwilder. Stay tuned.