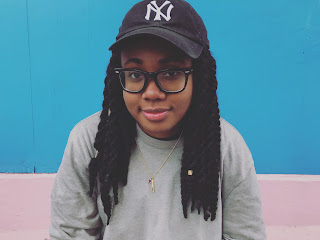 J U S T Y returns with  an "instavid" for the the r&b/soul infused ,  single “Feelings,” which showcases J U S T Y’s musical progression as both an artist and her versatile position in the industry. The self directed/self edited visual features the Staten Island artists in a span of colorful backdrops at Soho, New York's The Bombay Bread Bar. Bringing forth a playful visual to match the wit of her single  “Feelings.” The visual shows Justy's uncanny ability to remain original in today's music and her promising future.


Hailing from Staten Island, New York, Justy is an independent singer/songwriter who began making music at the tender age of 12! Fast forward 9+ years and this 23-year-old artist has blossomed into a unique and promising force in music. Varying from Pop to R&B, Justy prefers to test the boundaries of music and looks forward to sharing more with the world.