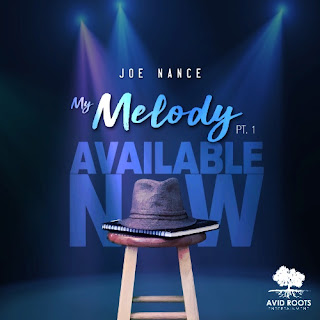 In 1987 ​Eric B. & Rakim​ shook the world with their seminal debut album, ‘​Paid In Full.’ Featuring not only the classic title track, but fan favorite “My Melody.” Fast forward 31 years later, in a time when many are saying Hip Hop has lost its steam, ​Joe Nance ​comes through like a breath of fresh air with his take on the phrase, “My Melody” Pt. 1. An ode to his Hip-Hop predecessors, the track shines as Joe references notable emcees and R&B artists like ​KRS ONE​, ​Lecrae​, ​Bob Marley​, ​India Arie​ ​and young legend in the making, ​Kendrick Lamar​ with the precision of a seasoned emcee. The string heavy production, courtesy of ​Anno Domini Nation​ complements My Melody’s inspirational theme of overcoming obstacles and staying the course.

About Joe Nance -
Joe Nance​ is an artist whose music is undeniable and not able to fit into any box. Although Nance draws the majority of his inspiration from Hip-Hop, a diverse mixture of genres creep into his formula. All making for an eclectic, appealing and unique sound. Constantly expressing himself through the arts, Nance interacts with the world on his own terms. Music, life, and growth are all vivid themes that echo throughout his work, encapsulating deeper meanings of motivation, inspiration and ambition. When they say Hip Hop is dead and depressing, Nance comes through as a guiding light. Watch the progress.