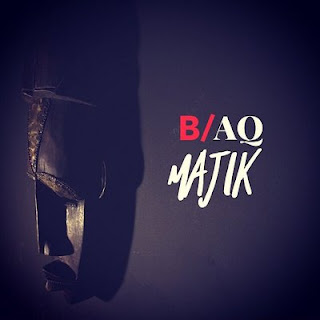 The musician and emcee who brought you classic albums such as Inner City Soul, Nina Simone By ..., Os The Great & Powerful and Pisces returns with his fifteenth and sixteenth LPs, respectively named B/aQ Majik 1 and B/aQ Majik 2. O'hene Savant (Kawann Shockley) last released an album in 2016 with ALOC, or A Lack Of Convention, but this most recent output is proof of his hard work since that time. True to its title, B/aQ Majik is a reappraisal of black culture and there's no devaluing it in O'hene's mind, yet in addition to his love for Africa and the African diaspora, he's got plenty more intelligence and compassion that know no ethnic boundaries, and he gives strength to all marginalized groups whether racial, economic or other. All of which is delivered via brilliant wordplay, stories, innovative production including jazz, funk, easy listening, Afro-beat and dance, plus fine guest performances from Teephlow, AJ Nelson, Che Che Da Lyricist, Honey B, E Snipe, Sheda B and Lo. Celebrate these two stellar issues from top five hip-hop artist of his time, O'hene Savant.
Album Review Hip-hop music new music O'hene Savant rap music