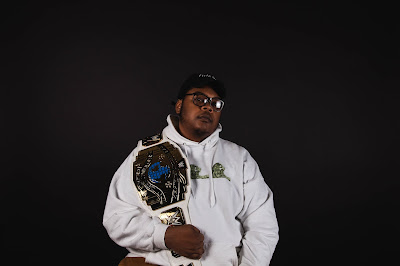 Chicago rapper Cmoneywave has returned with his first single of 2018, "Back Up."

"Back Up" is a stream-of-conscious, motivational cut with a silky smooth beat (produced by No30 Beats) that highlights Cmoney's sharp, in-the-pocket flows.

In 2017, C$ built some hype for himself by releasing his #PROJECTWAVE mixtape, which featured him rapping over well-known instrumentals.

He is prepping a new project that is set to be released sometime in 2018. Until then, stream Cmoneywave's new single "Back Up" below.