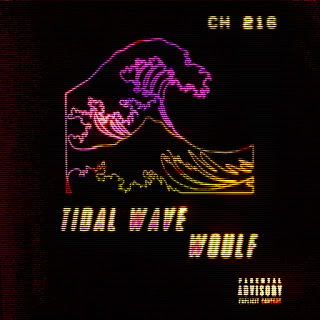 2018 is still very much so in it’s infant stage, and new music is flourishing. Cleveland, Ohio Hip-Hop musician WOULF capped off 2017 with his last drop of “Contact,” and today he’s here to introduce 2018 to what he has in store.

His latest drop off Tidal Wave comes in with high energy, setting the tone for how WOULF can be expected to come with each drop moving forward.

He shares a few words on his latest:

This record started out as a piece for a local collaborative mixtape in my city, hosted by DJ Coop and produced by MiZZHitZBeatZ. The record became such a hit with the people in my city, I decided to push this as a single on the road to my tape. The session I had for it was so slick, It was packed in the studio hella people, bottles, weed, food all that. I picked the beat and I went 1st. recording just the first verse and the hook. I came back later in the week and dropped off the 2nd verse. S/o Antoine Christopher with “The Arcade” That’s what I call the studio. a whole bunch of game posters that cover the wall, and it feels like home. -WOULF


Tune in here for WOULF and his latest work.