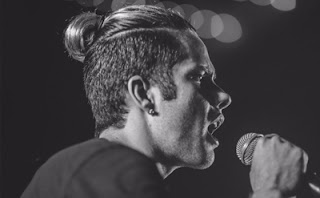 Julius, a singer and songwriter native to the musical hub that is New York City, is growing rapidly. With influences from a wide range of musicians, he is a versatile R&B artist that is capable of constantly producing hits. Just two years into his professional music career, Julius has already garnered 6,000 SoundCloud followers and hundreds of thousands of plays. In 2017 alone on Spotify, he reeled in 126,000 fans from 57 countries! After taking an 8-month music hiatus, he released “Body Talk” which has now become a fan favorite.

The song “Body Talk” begins with a soothing, high-pitched intro to get the vibes flowing. Julius picks up from there, with clever rhymes and astonishingly smooth flow. The finger-snapping, relaxing yet uptempo beat combines with the intimate lyrics to create the perfect hot and heavy, romantic piece. The synthesized, organ-like sounds are synchronized with his vocals in a genius way that makes everything come together. “Body Talk” was produced very professionally, and take the time to listen to the 3-minute song below.