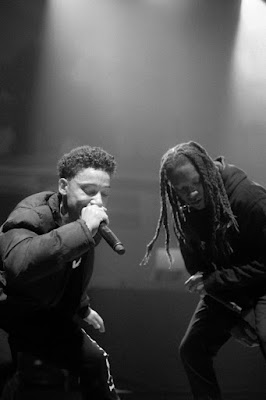 Los Angeles' Villain Park collective has been running circles in the underground circuit for some time now. With bangers like "We Out Here" the Park has been making a serious case for themselves as a voice to be recognized. The sound goes way further than the refreshingly mastered west coast sound, as they bring a powerful, communal vibe to every track.

"Still a V Thang" stays true to what their are all about. Over a beat that sounds like it could have made the cut for Dr. Dre's 2001, the emcees execute what they dub as a "Villain Park PSA". The aggression and hunger marry the bouncy production so well. Enjoy and show love below.