Business Gang on Tracy Chapman and Other Musical Influences 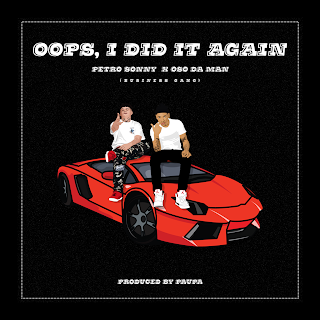 Business Gang are a trap duo based in Tucson, Arizona, who have recently released a slew of notable singles. The duo, comprised of Petro Sonny and Oso Da Man, born in Sacramento and Las Vegas, respectively, both had challenging upbringings, which led them to bond over their mutual love of music. Their eclectic musical influences include Lil Wayne, Future, Kodak Black, Michael Jackson, and most surprisingly: Tracy Chapman.

Listeners may not make an immediate connection between the two, but parallels can be drawn between Chapman’s incredible lyrical content and Sonny’s own personal life, of which his music is a reflection of. Chapman’s best-known hit “Fast Car” is a memorable tune exploring the human desire to escape and start anew in the face of continuous hardships. Both Chapman and Sonny were raised in low-income single-parent households, and used music as an escape from reality.

Having faced the loss of both parents at a young age, Sonny’s personal and professional development is evident in Business Gang’s music and videos, which depict material objects, including money, as symbols of success. Their video for the track “Oops, I Did It Again”, depicts the duo in fun situations surrounded by cold hard cash, and gives viewers a glimpse into the world they have built for themselves. Business Gang never fail to surprise us, as is also evidenced by the title of their aforementioned single, which is a nod to pop queen Britney Spears’ 2000 hit of the same name. But don’t be fooled by the name, there is no musical resemblance here either. Business Gang have a way of tailoring their influences to create an incredibly unique sound, but their influences can help us better understand their musical output.