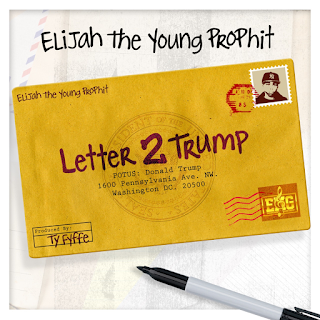 Hailing from the South Bronx by way of the North Carolina, 15-year-old emcee, Elijah The Young Prophit (born Elijah Pacheco) started earning his stripes in the rap game early on, showcasing both his lyrical prowess and his hunger to make sure he’s respectfully putting in his 10,000 hours.
His latest offering, “Letter 2 Trump,” draws from today’s tremulous political climate under Donald Trump’s command, all while doubling as an insightful and inspiring anthem directed at the youth, instead of solely at the corrupt powers that be. An intelligible interpretation of today’s seemingly increasingly grim state of affairs, Elijah turns his anger and frustrations into affirmative fuel, tactfully displaying wisdom well beyond his years, and using the single as a direct path to positively influence the next generation. 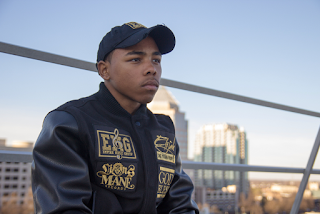