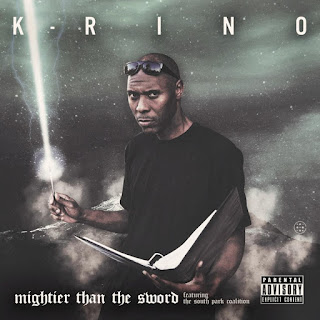 Though he released three collaborations (Rapz 'N' Beatz with producer DLP, Funk Out The Bag with producer Abdul Mack, and Throughout Time with rapper Drastiko) since The Big Seven of 2016, K-Rino of South Park Coalition returns to solo album majesty with Mightier Than The Sword. True to form, K shares incredible wisdom in brilliant rhyme schemes all delivered flawlessly. Traditional beats and terrific song design and concepts bolster the load. Pure substance all throughout from an evolved emcee. With over thirty albums to his name, the majority of which are perfect or nearly perfect, K-Rino is still going very strong.