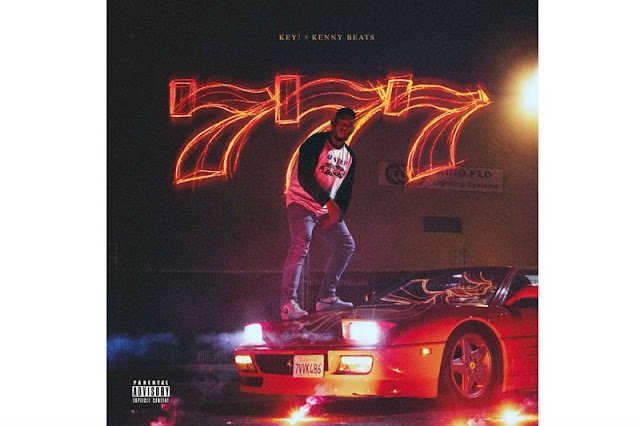 When you sift through the influences and roots of the Travis Scott's and Lil Uzi's of the industry, your finger will lead you to the likes of Key!, the Atlanta rapper who has been at it for about a decade now. Yet he still sits in a spot-- from the perspective of the public eye that is-- that may be at odds of whether or not his window of opportunity is wide open or looking towards a close. It seemed like he was hinting at the brink of explosion with tracks like "Wrist" and "Guess Who" a couple years back, but receded back into the lull of the underground trap scene. Now, the self-dubbed Fat Man Key stands far removed from all of that, and rightfully so. 777 might be his most well-rounded body of work yet, a maturation that ties together all of the strongest elements he has been able to bring to the table since his entry to music. We finally see all of his strengths firing on all cylinders together on the same project.

Of course none of this is made possible without the aid of Kenny Beats, the producer who has been grinding just as hard as his counterpart. Well known for his work on pivotal Smoke DZA albums and other projects from the turn of the decade, Kenny Beats has been nothing short of impressive in the way he has adapted to the sonic changes in the rap game. In part of what makes 777 so effective is it's ability to marry unique and mesmerizing samples with high velocity, trap-like drum hits.

Key! shows no mercy in respect to diving into issues that seem to plague him. The A$AP affiliate is able to discuss love and troubled relationships without sacrificing the grittiness that so many of us have come to know and love, while also touching on things like loneliness and depression. On tracks like "Control" he sounds his most wine-drunk, letting loose and belting "You've been through so much I know that love is hard to find". Yet on tracks like "Dig It", "Toronto", and "Blurry" we get incredible bangers that do not contradict anything going on on the more emotionally vulnerable tracks. While some tracks like "Boss" and "Famous" may suffer from the redundancy that Key! has been criticized for in the past, they do not lack otherwise. Kenny holds his own on the boards to the point where it does not make them much of low points at all.

Key! finds a ton of ways to hold interest on 777. Between his riveting, grin-inducing bars, his shameless yet clean experimentation with singing, and his range of topics, 777 may be his best project yet, if not the best in a long time. It feels like he found lightning in a bottle, airing everything out the way he imagined in his head. The album touches on personal lows and highs, often exchanging feelings of hopelessness for triumph. A full project orchestrated by Kenny Beats only to be touched up by Key!, and Key! only, sounded great on paper, and it did not disappoint. 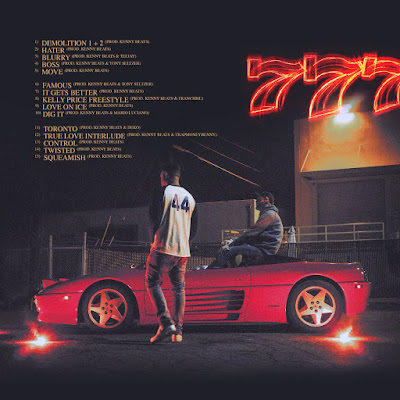