OmarTheGroove On "Before It Gets Better" Part Two, The Power of Collaboration & More [Interview] 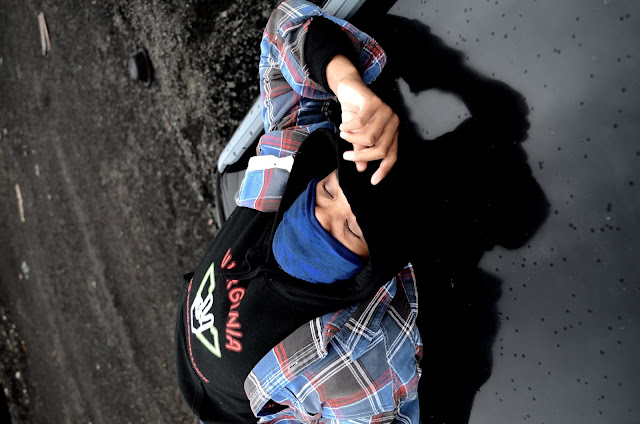 Last year OmarTheGroove released “Before It Gets Better” Pt. 1 an ode and celebration to the women in his life. I can’t front, I wasn’t sure we’d get a Part 2 when I listened to the first installment, however earlier this year the DMV standout released a proper sequel with “Before It Gets Better” Part 2. I had a chance to sit down with him and talk about what he’s learned since Part 1, the power of all the collaborating he did for Part Two and more.

Ok-Tho: For those who somehow still don’t know, who is OmarTheGroove?

OMARtheGroove: OMARtheGroove is basically a young dude from VA that loves to make tunes for the world to jam to. And I wear a mask from time to time, so there's that too lol.

Ok-Tho: The last time we talked, you had just released a few videos for “Before It Gets Better Pt. 1”, now that you’ve released that, done some shows, what have you learned since putting out Part One?

OMARtheGroove: I'd say that I've learned that the importance of seeing things through to the end regardless of the results. I had thought about quitting a million times before dropping Parts 1 and 2. Dealing with money issues, deadlines, writer's block, sample issues, and so on and so on. But the importance of the music kept me grounded in my purpose; and forced me to not only finish, but finish strong.

Ok-Tho: So let’s get into the nitty gritty, why a part two for “Before It Gets Better” was there always a plan to divide this idea into two parts?

OMARtheGroove: To make a long story short, this was originally intended to be one full project. I had been working on it for over 2 years and after a while I felt like certain songs were good to go, and others still needed some development so I split it into two parts. It actually worked out for the better because I feel like I was able to more effectively relay the story I was trying to tell by spreading it out, opposed to cramming everything into one piece. I found it to be easier to digest and in a format that would increase it's replay-ability factor.

Ok-Tho: I can hear the growth and improvement on “BIGB Pt. 2” was the process of creating this one any different than the last one?

OMARtheGroove: The only real difference in the process was that I had additional time to marinate on the songs for part 2 and execute them in a way I was happy with. I've found deciding on what story to tell has always been the most difficult part in any project I worked on. I've always been best at wrapping things up in a way that makes sense and is ultimately fulfilling. I may not get the best start, but I always stick the landing.

Ok-Tho: Now when we talked last you told me “BIGB” was a project about women and your relationships with them, it’s clear Part Two continues that conversation, but to you what’s the difference between the two parts?

OMARtheGroove: The first part is lighter in tone and content, while the second part is more serious and emotionally introspective. The first part has more party tunes, while Part 2 is definitely songs that are more suited for those long car rides. On part 2 I tackle some serious topics like breakups, lust, spite, regret, and how those actions/emotions will affect the next generation of women in your life. So needless to say, things got pretty emotionally taxing for me when everything was all said and done.

Ok-Tho: The power of the collaboration continues on Part Two as well, you really know how to work and pair yourself with artists to truly elevate your sound, tell me about the collaborations on this one?

OMARtheGroove: When it comes to the women I worked with for this series, they all helped me improve in different ways. Looking back, the women I collaborated with on Part 1 gave me the confidence to experiment with different types of sounds and craft records completely outside of what I was used to. The women I worked with on Part 2 forced me to step my game up, point blank. They were all truly masters at their craft, and I felt the need to do right by them even though there were doing the songs for me.

I think everyone meshed so well on Part 2 because I was a fan of these women first, so I felt a sense of familiarity with them before I even reached out. But most importantly, I didn't look at them as simply features to fill in the various holes I had left over. I looked at it from more of a "let's use all of our talents to tell this story together" viewpoint. And I think that intent really comes across when the listener is experiencing these songs.

Ok-Tho: When people are done listening to “BIGB” Part 2 what do you want them to take from it? Also are these two projects meant to be listened to one after the other? Or are they meant to be separate projects?

OMARtheGroove: I honestly want people to understand the awe and inspiration I feel from the women in my life, and from that begin to take notice and appreciate the women that have contributed to theirs. When it comes to the nature of the two projects, they are meant to compliment each other while also standing on their own merits. I feel like the story and themes can effectively reach the listener in any way they wish to consume it. Whether it be listening to them back-to-back, mixing songs from both parts into your own playlist, or watching the visuals that accompany the songs. 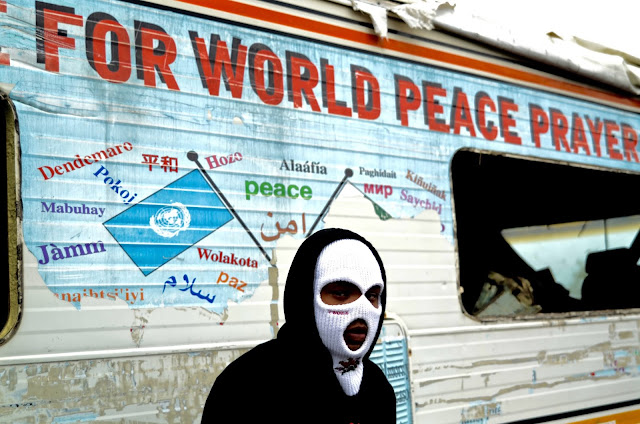 OMARtheGroove: I definitely plan on shooting a visual to Ahri, which is my favorite record I've ever made to date. I have O-Slice lined up to direct as well so I'm super excited about that. But other than that more shows, more tunes, and more visuals pretty much.
dmv hip-hop hip hop interview Interviews omarthegroove
Reactions: