on June 27, 2018
Everett Gibbons, a New Hampshire-based hip-hop artist emerging from the underground scene, has been rhyming since he was 12. His versatile sounds have been catching listeners’ ears ever since he actually started officially recording music with friends in high school, and Everett’s ride to the top is moving fast. With influences from Outkast, Kendrick Lamar, Jimmy Cliff and more, he’s found himself opening up for artists such as Lil Tracy and hopes to soon be performing at a few major festivals. Everett has also opened for Big Lenbo, Cold Hart, and Chxpo among others, and even worked with “No Jumper”. Regarding future music, he plans on releasing several singles throughout the summer. 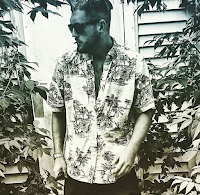 His 3rd album, Pomagranite Music, features fifteen unique tracks. The title fruit’s misspelling was intriguing, and upon learning it stands for “Part of MA” and “Granite” (New Hampshire), it makes sense that Everett’s relatable music all comes straight back to his home on the two states’ border. Songs like “Breakfast”, U R Who U R” and “Nothing” relay his message that nobody is alone, and his hard beats give off the right vibes for any scene. Every song goes hard, and it is rare to be confident in saying that about a whole album. The lyrical prowess of the featured artists is just as impressive as that of Gibbons, leaving no weak points. Strong hooks appear at every corner, and Pomagranite Music is definitely an album to leave on repeat.