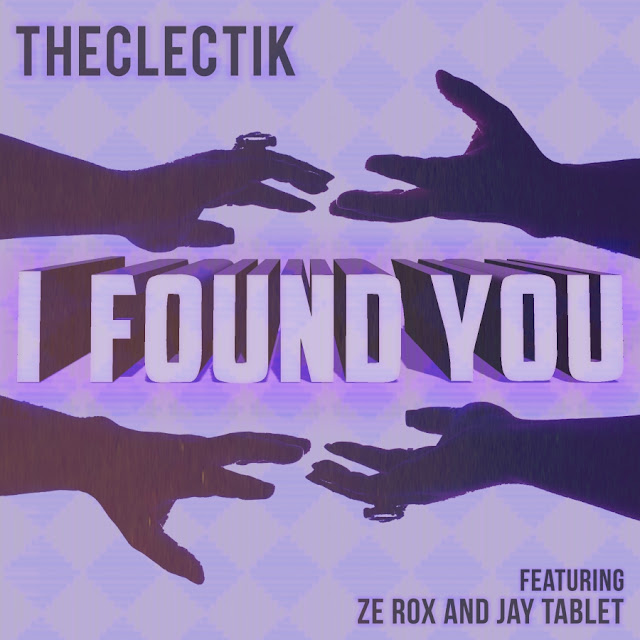 Get to know the unique sounds of Oregon-based musician and producer THECLECTIK with his new single “I Found You” ft Jay Tablet and Ze Rox. Be on the lookout for much more heat coming from this NW artist and he readies releases with Luckyiam and Abstract Rude as well!
Also, be sure to add “I Found You to your playlist on Spotify!

Read more on THECLECTIK:
Currently residing in Bend, OR THECLECTIK has played in various styles of bands on multiple instruments since the start of his musical journey. Guitar, Drums, Keyboards were a main outlet of creativity, later to be armed with the MPC 2000. All instruments are typically self-produced unless otherwise noted.

Dusty vinyl and his ability to create songs by ear led him to produce similar to his influences Massive Attack, DJ Shadow, Portishead, and the Gorillaz. Heavily influenced by the early rave culture, hip-h, and the constant blooming of music’s ever-changing nature, THECLECTIK furthered his songwriting techniques and merged his love for all styles birthing the moniker THECLECTIK. Emo rock hop, as he puts it, at times is his mashed-up take on the artistic world.
Ethereal delicate sounds, sweeping electronic textures, melodic synths fused with gritty dark or funky guitar riffs. His creations ride the pulse of hip-hop styled beats, retro sounds, and flairs of electronica. With features from MC’s, Vocalists, and lending his own vocal styles, THECLECTIK combines the worlds he was brought up on to create his unique style.

“Am I punk? Am I funk? Am I hip hop or soul?” as one of his lyrics ring out, he ties in everyday struggles with a positive outlook. Lyrics like “so fight the good fight our worth is our right” and “everything is right where it should be” is an example of a light-hearted nature his music conveys.
Stream the new single from THECLETIK ‘I Found You” featuring Jay Tablet and Ze Rox. “I Found You” fuses hip-hop, pop, and soul to create an anthem that will surely become stuck in your head with one listen. From smooth, Prince-inspired vocal inflections to playful yet straight-to-the-point lyrical performances, “I Found You” introduces eclectic musical melodies through instrumentation with a seductive delivery and an electric vibe. Lyricism provided by Jay Tablet and vocals from Ze Rox take this tune over the top. Stay tuned for more music from THECLETIK dropping soon featuring Abstract Rude, Luckyiam, and more!

More Information on Ze Rox
Ze Rox is a vocalist/music producer from Bend, Oregon. She is currently living in Chandler, Arizona studying audio engineering and working on her second self-produced album.
Ze has been singing on stage since the age of 9, and knew from a young age that music was her purpose in life. She began singing in choirs and taking private voice lessons at the age of 9 and received an award for most outstanding jazz soloist in Denver, Colorado at the age of 14.
She joined her first touring band, called Jaccuzi, at the age of 17 and they recorded a demo album together called “Just a Taste” At age 19, Ze joined a touring Pacific Northwest funk band called Elektrapod, which has toured all over Oregon, Washington, California and Idaho and has a full-length live album available at www.elektrapod.com.
Her first self-produced solo album entitled “Termini” is available now for purchase on iTunes and other platforms.

More Information on Jay Tablet
The California-raised Oregon-based artist is finishing over a decade of music as half of Cloaked Characters and indubitably making a name for himself as a solo artist. Since 2000, Dark Party Music has led Jay Tablet, and long-time friend, Rory Oneders (the other half of CCZ), through “ZonkedOut Tantrum” and “Let Me In”, also Jay Tablet pioneered on as a solo artist with his first full-length disc, “Put It On The Tab” & “Tablife” with a few unofficial projects in between. Jay Tablet released “Pay The TAB” late 2015 and doesn’t stop short of delivering pure, uninterrupted talent on his personal projects. The newest material is his song/video for “All Fours”, which has been one of  Jay’s most successful tracks yet.
Since Jay Tablet’s debut album, he has toured heavily throughout the West Coast & Canada, sharing stages with Warren G, Tech N9ne, Hieroglyphics, E-40, Madchild, Tyga, Rehab, Kytami, IAMSU, Andre Nickatina, 2 Live Crew, Blowfly, Living Legends & many more. Also featured on festivals such as Shambhala Music Festival and Faerieworlds.
Jay Tablet also has placed his song “Do My Thang” in Universal Studios movie trailer for “Neighbors” and “Moonlight” in Sony Pictures horror movie “Grace The Possession,” alongside other commercial placements for 10 Barrel Brewery, Mt Bachelor Ski Resort, and other various companies. 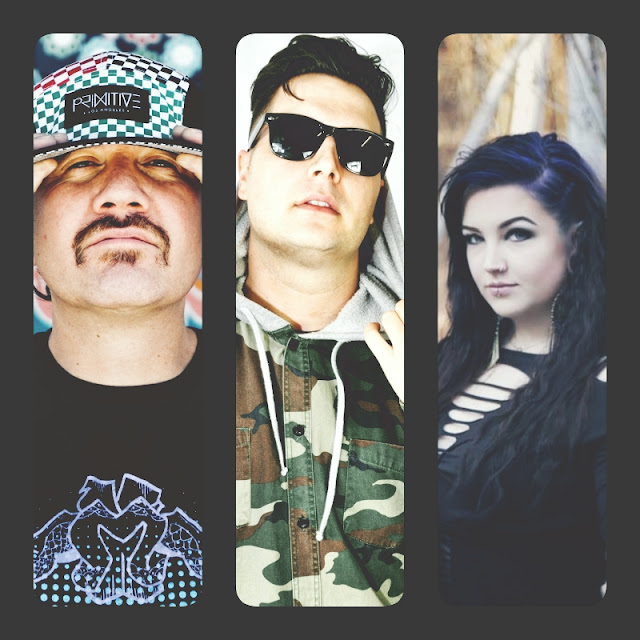