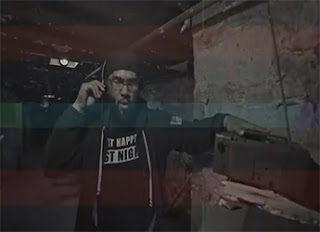 Have you ever thought about what it would be like to be the last human being on Earth?  Now let's take it a step further, what if you were the last true emcee still spitting?  New Jersey wordsmith, VIC SHADEZ, brings this scenario to life in his newest single/visual "Empty".

VIC SHADEZ spits a descriptive ode to the Hip Hop culture (reminiscent of Common's "I Used To Love H.E.R.") while gracefully floating over a hypnotic soundscape created by JRSIN (Andre Diaz). In this Aimnshoot Motion Picturesand G.I.Films visual, SHADEZ finds himself in a post-mumble rap world where he appears to be the last man standing. Throughout the video, SHADEZ attempts to reach and communicate with others that remain "Uncontaminated" like himself.