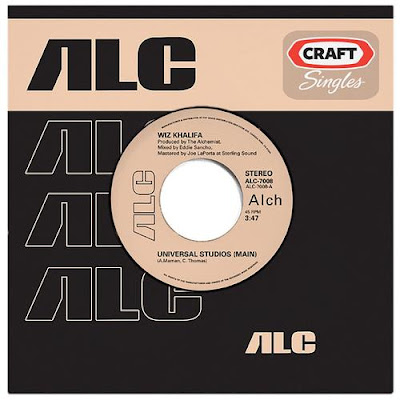 It is never fun to drown an established artist in critiques that simply live in the past. Although, earlier this month, Wiz sort of kind of let us down. With a heap of promotion that felt like Wiz was headed towards a reboot of one of his more classic works, it became reality when Rolling Papers 2 was announced. The only thing is that Rolling Papers 2 was a long, exhausted dud--it was mids if you will. It was not the sequel that the predecessor deserved, and left hardcore Wiz fans drooling for more work reminiscent of Kush and Orange Juice, How Fly, Star Power, and more.

But there is a light that shines through. Even more recently than the release of his latest flop of an album, Alchemist called upon the Pittsburgh mogul to take a solo flight on his track "Universal Studios". The song was released only a matter of days ago, but here is hoping that it was recorded recently as well and not picked up and blown off from sometime in the past, as it would show promise in Wiz's current state as a rapper. The objective is not to box Wiz in, but his approach to high octave bangers has simply grown stale and unappealing on multiple fronts. The Wiz on "Universal Studios" is organic and nostalgic.

Be sure to support and listen below, as well as keep up with Al's Craft Single's series.