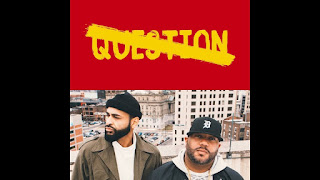 Detroit producer Apollo Brown and Richmond CA, MC Locksmith have come together to create and release an eight track EP entitled No Question. No Question is an introduction to Locksmith for me but as far as Apollo Brown is concerned, this is yet another project that I was anticipating because Apollo's name was attached to it. I go in depth about how I feel about the EP below, and I have also attached my video review from YouTube in case any of you want an even more in depth review. 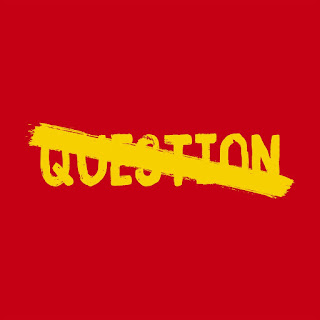 Just Ask is a 45 second intro track that sets the tone for the project with it's vintage Apollo sound and vibe.

On Advice to My Younger Self Locksmith does exactly what the title implies and he speaks to his younger self and gives himself advice to stay true to himself, trust himself, never settle for less, be careful of who he keeps as company, resist greed, practice safe sex, take care of his family, seek truth, be about action and not words, seek peace, keep God first, and to just be wise in his decision making.

Locksmith expresses that he writes what he sees and that when he spits what he writes, he's the only rapper lyrically moving the needle, and that there's no question about it on No Question.

Between the Raindrops is one of those tracks that you can sit & chill to while picturing the story being told to you by Locksmith about an open-minded 17 year old kid who needed an outlet to escape (or cope with) his troubled mind while also trying to find what his purpose is. This kid discovered hip-hop music which along with the culture spoke to him, which made him want to be a part of it. The young hip-hop head quickly immersed himself into the culture and began to idolize the best that hip-hop had to offer in 2Pac, Biggie, and Wu-Tang. The kid became a bit of an outcast even amongst his friends due to his musical taste but he stayed true to himself and kept listening to music with substance even after trying to conform to his friends' taste in music. I'll listen to this track whenever because it's dope, but my weird ass will especially be walking outside and around downtown listening to this song when the rain is falling.

Lyrical & flow assassination occurs on Litmus where Apollo provides the perfect beat for Locksmith to help change the pace of the project. Locksmith went completely the hell off spitting out historical references, going a bit in detail about his upbringing, what life & hip-hop has done to him, how he's wiser than he once was and is a top tier MC.

After dealing with a few a setbacks and while still coping with the passing of his mother and grandmother, Locksmith seems to be feeling right at home on In My Element. DJ Los provides the scratches on this track.

The final track Wake Up is the perfect outro track. I love everything about this song from the grand feeling pulsating from the beat, Locksmith's inspirational lyrics & energy, and even how this track could have easily been a solid intro. I really appreciate how this was the last song on the EP because too many times I've seen artists who have the perfect track for an outro be the second to last track on a project. One of my favorite Apollo beats yet.

This was a great introduction to Locksmith for me and I will definitely will be keeping an eye out for any music of his or music that he is a part of in the future. At this point I don't know what else to say in regards to Apollo Brown because he has brought his A game every time in every project or track he's produced since I found him back in 2016 on Everything in Between (Ugly Heroes) As long as he's Apollo Brown I will try to be as aware as possible of anything he has coming out.

There was obvious chemistry on this EP. Apollo provided beats that Lock laced without a scratch.