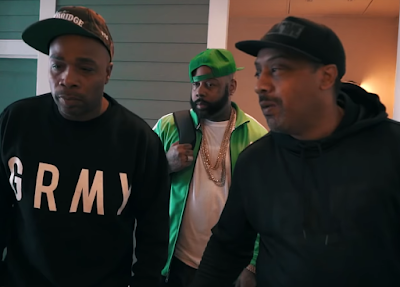 Queensbridge comes to life in the double dose of dopeness from Big Twins with a seven minute feature for "Legacy" and "Silent Murder". Produced by Jaisu and Twiz the Beat Pro respectively, each cut features its own narrative of serving in the streets. Big Twins recruits Godfather Pt. 3 and Ty Nitty who both follow suit in Twins' ability to intimidate both as an emcee and the person who lives the life he depicts throughout his verses. The collective also properly pays their respects to fellow Queensbridge legends, Mobb Deep, shouting them out throughout the tracks.

Big Twins has the album Grimey Life on the way, which should be fittingly titled if it is in anyway the same as these two tracks. Stream "Legacy/Silent Murder" below.