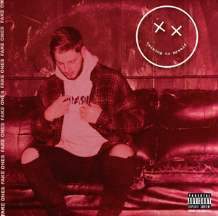 Rising Western Massachusetts rapper Cam Randall is back at it again with another single titled
“Fake Ones”, once again proving why he’s one of the hottest acts on the way to the top. He

broke through with hits such as “I Fell in Love”, “Pink Moscato II” and has been building up
his fan base rapidly. Recently he and fellow local artist DK released their summer EP Evoke,
which features the catchy “Crave” that defines Cam’s style so well.

“Fake Ones” is an example of his expanding musical sound, as it highlights his ability to both rap
and sing. Cam’s lyrics address his no-nonsense attitude to those going down a different,
integrity-lacking path than his own with his unique vocal skills. He takes over the song behind a
mellow yet hard, head-nodding beat that molds perfectly with his style. Cam switches up between
fast bars and a chill chorus, something rarely seen within hip-hop nowadays. Check it out below.