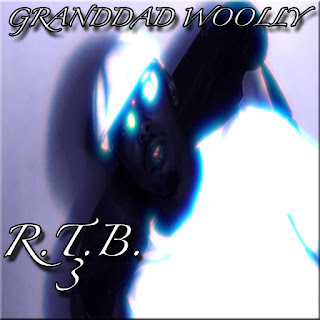 It’s been awhile since we’ve gotten some new music from Northwest, Indiana/Atlanta, GA emcee Granddad Woolly. His slated new album with CHIKANO was delayed from it’s 2017 release to 2018 and to get things warmed up again he brings the 3rd and final installment of the much praised Respect The Bars series appropriately titled “R.T.B 3”. Produced by Ireland’s own and longtime collaborator Hostile Product, The Granddad unleashes another barrage of clever metaphors, crazy wordplay and hard hitting punchlines all from the comfort of his now legendary rocking chair. “R.T.B. 3” may be the end of a series but marks the official beginning of Granddad Season!