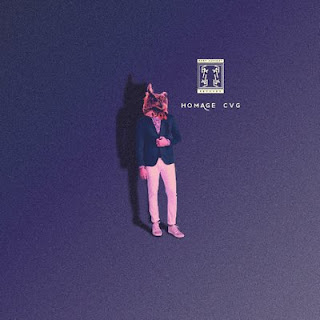 
OK-Tho: So Homage, you not only produce but you're also the head of Fort Ancient Records. How do you find time to do both, and how'd you go about becoming a producer & label head? Homage - It is difficult balancing the two and I’ve had to adjust how we do things at Fort Ancient Records in order for me to keep me creative outlet as a producer, but our team is super strong and operates pretty independently which frees my up for beats. I have designated times to make beats at our spot with the other guys which is a good way to keep a healthy stockpile at all times and take care of the label stuff during the day. We’ve released so much music as a collective that our process is pretty routine now and feels easier than it used to. OK-Tho: Now when people think of midwestern Hip-Hop, Chicago & Detroit tend to be the cities who come to mind and then the state Ohio isn't far behind but with that said, Cleveland would come to mind to represent Ohio before Cincinnati. Tell me, how alive is the Hip-Hop scene out there in Cincy? Homage - Cincinnati is often passed over in a lot of categories. It’s difficult to emerge from here, but there is a nice moment in the hip hop scene now with a lot of new fresh enthusiasm for the local artists. I think we’re primarily a beats city with the quality of producers here, but of course, I’m biased in that way. 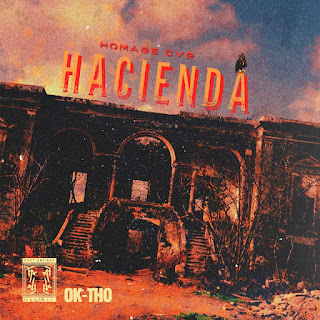 OK-Tho: Congrats on your upcoming album Hacienda, we're honored to be hosting it. Could you tell us a little bit about how the album came together, and about your process when in you're creation mode? Homage - Hacienda is my western. I’m a very thematic producer and I like projects being formed around concepts. I’ve done albums around the Incredible Hulk, Aesop Fables, the Solar System, groceries, and I was in a real gritty wild west phase while making Hacienda. It’s got different moods throughout it, mostly tough, but they can all hinge on the main Western motif.

OK-Tho: The label and everything about it is very unique from the music & artists themselves, every artist has an animal, and it's obvious the label as a whole is close-knit. Would you say every one there is family to you, and consider each other family? And how did you come up with the animal theme? Homage - You’re right, Fort Ancient Records is a close-knit group. Waldo, Dren AD, Phonophage, Samuel Steezmore and myself were already hanging out making beats anyway. In a short time, we had giant warehouses full of beats, good ones, so we experimented with becoming a label. We brought on artists Charlie Bonaparte and Blaz’sé for a while and formed the band FAX that would play live shows in Cincinnati, but more recently we’ve realized that we’re best at making beats and have gone back to focusing solely on that. We’re really excited about the Fort Ancient Airlines flights which have been lots of fun and kind of showcase our craft. As for the animal heads, It was a combination of the incredible graphic art skills of Samuel Steezmore, and my brand strategies that led us to the animals. We wanted to do something kind of mythical with our brand that showed us as hip hop forces rather than just dudes making beats. The animal heads immediately gave us a weird musical persona and an obvious visual indicator that we belong in a group. It isn’t completely original but it’s been fun and effective. OK-Tho: What's the CVG stand for in HomageCVG? Homage - CVG is our airport code. I knew there would be plenty of Homage’s already, and I wanted to represent where I’m from. CVG is an abbreviation for Covington, Kentucky which is directly across the Ohio River from Cincinnati, and I spent the majority of my childhood there, so there’s that too. OK-Tho:  Other than the love of music, who and what inspired you to become a producer/label head? Like, any particular artist/album, label/mogul, family member or friend? Homage - Dren AD has always been my biggest inspiration. He and I have been close friends since like 7th grade and we realized immediately that we loved the exact same sound of music. He started making beats way before me and once I was ready to give it a go, he was a huge shove to learn some basic ins and outs. Every beat I’ve ever made, I’ve needed it to be approved by him before I felt good about it. He won’t bullshit me. OK-Tho: What does Hip-Hop mean to you? Homage - Hip hop to me is fairly narrow in terms of what I enjoy. The hip hop I like is kind of stuck in the mid 1990’s and I’m fine with that. My sound stays pretty firmly in that lane. I do sway my style from time to time but it always has some cohesive elements to it, at least in my mind. OK-Tho: Anything you can share with us as far as what Fort Ancient has coming in the near future? Homage - Waldo from Cincinnati and I have our second combined album coming out this fall called Used Cars. We have also been working on a group album which I will keep somewhat quiet about, but I have written a small fictional story to accompany that album. I expect that to be more of a winter release, perhaps even next year. There are other projects cooking that are a bit more hazy in terms of release details, but should materialize in the near future. Then we have our Airlines flights of course. We have two of those ready to go and we hope to continue to release those on a regular basis. OK-Tho: Thanks for doing this interview with us. We love you and every one over at Fort Ancient! Here's to many more years of success for Fort Ancient, we plan to be there for every one of them. Anything you want to say or anyone you want to Shoutout before we close? Homage - I suppose I’d like to thank all the artists that appeared on the album: Rob Cave, Ill Mil, Boogie Bang, Blaz’sé, Allen Poe, Vibe-One and CJ the Cynic. Also Prospek for the master, Samuel Steezmore for the  cover art and OK-Tho for the sponsorship! I take great pride in my craft and have put a lot of time and effort into it, so knowing that folks like yourself enjoy my work and Fort Ancient’s work makes it all really worthwhile. Thanks very much.
Fort Ancient Fort ancient records Homage CVG homagecvg Interviews Main Featured
Reactions: