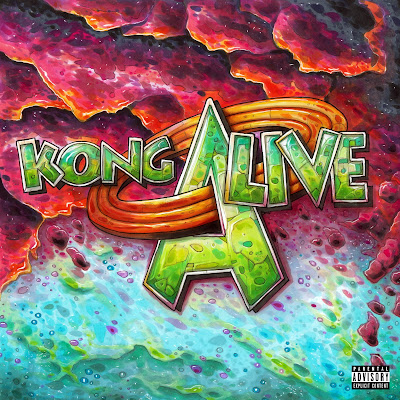 K.O.N.G's trek in releasing music weekly in his "Wet Wednesday II" set. Today I have the remix from K.O.N.G and his camp of the hit single "Look Alive"renamed to "KONG Alive". However the trio aren't copying Drake's flow in hopes of a quick come up, rather they create and craft their own song over the instrumental in hopes to give a new perspective to the joint.

Exploding on your sound-waves for this July 4th is “Kong Alive” of the Wet Wednesday series. The track contains the core group of 37th Chamber Productions including Matt Avn, Lando-Rico, and of course the King, himself, K.O.N.G. This popular remix goes off (!!) creating a wave all its own. Come sit pool-side, while these guys take you on a ride wayyy passed Shelby Drive; but watch out if your in the Splash-Zone!