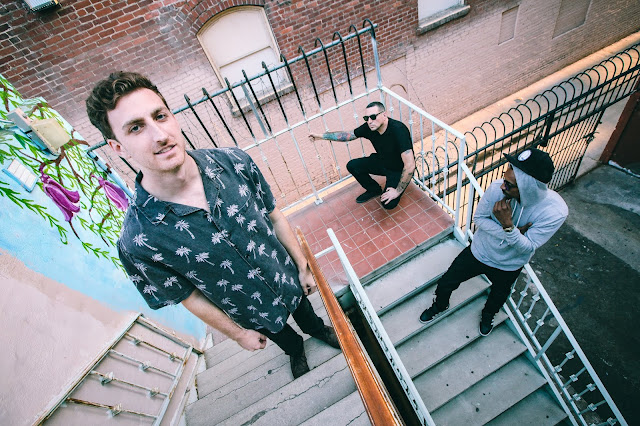 California based trio Too Fast makes an impressive debut with their new self-titled EP starring the works of producer Cyran, vocalist Dave L, and rapper K-Lien. Coming from three different musical backgrounds, Too Fast blends these artists individual style into one amazingly unique sound. 5 songs deep the self-titled EP is cinematic and big production-wise from the opening track “Just Like You.” Within a few listens you might get the sense that Too Fast’s sound might be where urban music is heading the next few years – mixing Hip Hop, with EDM and high tempo rhythms. This trio might just be on to something. Watch the Official Music Video for the single “Just Like You” and be sure to stream + share Too Fast’s debut, self-titled EP below via Spotify, Apple Music, Soundcloud and more!

Also, read more about this up and coming group below and tap in with them live on their social media!

More Information on Too Fast
Too Fast is the breakthrough collaboration of three seasoned artists– electronic music producer Cyran, singers K-Lien and Dave L– introducing a tantalizing new sound to the music world. At its core a bracing blend of EDM and Hip-Hop, their music is infused with bold topical themes to move even the most jaded, weaving a powerful spell that touches heart and head. The trio’s first self-titled EP “Too Fast” debuted June 2018 in Santa Ana, California.

The group’s name is a reflection on all things that go “too fast”– from life itself to the frenetic pace of change in the world/technology– and the challenge of dealing with it all. This theme is at its most poignant in their first music video, “Just Like You,” based on Cyran’s earlier EDM dance hit and now transformed into a heart-wrenching, mesmerizing tale of love lost in a flash. The video was filmed by producer and MTV/VMA 2015 winner Satien Mehta.