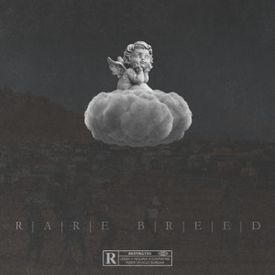 The record celebrates people who are confident in their own skin and those that resemble uniqueness in all forms of life. The smoothly sampled song is produced by Kzn based producer Senzo Mduli better known as Surge and has D-Man pouring his heart out describing the rareness of what his witnessing while acknowledging the importance of being true to yourself. Rare Breed is a follow up to Walls EP a 6 track project D-Man released in March which is currently getting positive reviews. The upcoming artist from Balfour in Mpumalanga is serving a style of sound that is very beautiful to listen to, his writing skills have escalated and his ability of making music that is easy to relate to is outstanding. It's only a matter of time before we see D-Man doing bigger things in South Africa and abroad,  "Rare Breed" is evidence to that.