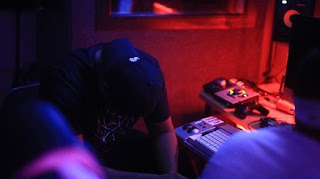 Peace to the viewers of OK-Tho. It's an honor to bring y'all yet another interview with one of the best up-and-coming indie talents in Hip-Hop at the moment, D2X. I'm not even gonna go just a little bit into detail about what this interview is about. Y'all see the title, I'll let what's written at the bottom tell the whole story. Peace.

OK-Tho: So my man let's start with where you're from. What spot on the map do you claim? D2X: Well I was born in Chicago and then moved to the South Suburbs of the city , in Riverdale, IL , about 10- 15 minutes outside of the city and I’ve been here ever since , we got a lot of talent in the south suburbs and my goal is to be one of the guys who will be remembered from here. 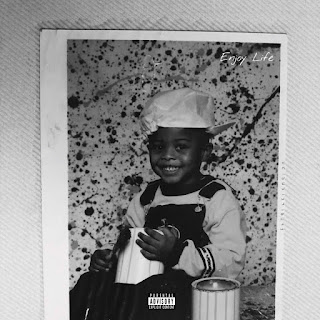 OK-Tho: You've got an EP dropping on August 10th. Can you tell us a little bit about it, how it came together, and what we should expect from it? D2X: My Ep is titled “Enjoy Life” , it will be releasing everywhere on Friday , on all streaming services. It’s 6 songs , and I spent a lot of time conducting ideas towards a project since August of 2017 , the recoding process took about 3 months , I came up with the idea of an EP in May, when I was at Complex Studios in Chicago and I came up with the title when I was in LA.

This project is my best work to date , in my opinion , it’s soulful , jazzy, and a beautiful piece of art in my opinion. My fans are gonna love it. OK-Tho: How'd you come up with your alias, D2X? D2X: I started rapping in the fall of 2016, my freshman year of college. I was originally playing basketball , I was all conference and a Mc Donald’s all American nominee my senior year in high school. I just wasn’t honestly in the right position where I felt happy with continuing my college career in basketball. Shortly after , I had decided to pursue music as my next career  , D2X Just stands for my first and last name , which is Demauris Dixon , and I just put the two together and I’ve stuck with it ever since recording. OK-Tho: Who/what inspired you to start making music? D2X: I feel like what inspired me to make Music was really the rappers I grew up listening to, who helped me get through tough times. From J.Cole , To Kendrick , to Jay - Z . They all inspired me and they are all legends in their own right.

My favorite album of all time is 2014 forest hills drive and when I heard that my junior year in high school. I fell in love with music even more , but all my life I’ve been into music , every time an album dropped I was super interested I’m analyzing it and debating it with my friends in high school. Still to this day I do. And I also wanted to do music because I know the type of person I am, I’m all for bringing change and being a voice for my neighborhood. I believe Music would be one of the greatest careers to pursue to spread my message to the world. 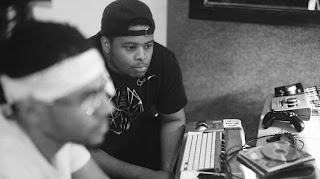 OK-Tho: You mentioned that you want to spread your message to the world through music. Just what is your message exactly? D2X: For everyone to love one another, I wanna bring people together, teach and helps guide those who feel lost , hopeless and need someone to relate to. The same way Cole’s music helped change my life and the type of guy I wanna be for others. Someone who is 100 percent honest and caring and vulnerable. I wanna be that voice and I believe it will happen . That’s been my goal my entire life even before music. OK-Tho: You mentioned J. Cole and how much his music means to you... He doesn't trash younger/"mumble" rappers but he does voice his opinions on the drug epidemic in Hip-Hop on KOD. How do you feel about the current state of Hip-Hop with the spotlight being shone on drug use, depression, domestic violence, death of young rappers, etc. D2X: I believe hip hop is at an all time high right now , there’s many styles  of music and even in hip hop, I do believe the mind state of the younger generation is often times depressed. Bt I can’t knock talent. Music is a form of expression and I can’t knock anyone who expresses themselves. Music is art, everyone has their tastes in specific styles of art and that’s how I treat it . I listen to everything honestly and I just know how to stay true to myself at the end of the day. 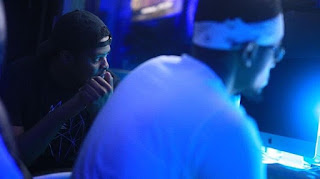 OK-Tho: How'd you built what you have now? I mean, as far as how you got your start, did you open for guys, appear on tours, start your own mini tours, etc. D2X:  I started just building my name And my music through social media , the way music is consumed in this day in age is mostly through social media and music services so things are actually easier now to catch the attention of listeners than it would’ve been in the 90s or even further back in time. I knew that would be my main resource and I started working with producers that’s I actually grew up with that would help me get to the next level. My main producers that I work with and been working with since I first started is GLOhan Beats & Kid Marquis , GLOhan has produced for Lil Uzi Vert, Gucci Mane, And was also worked with famous Dex and was featured on his album “ Dex Meet Dexter” . Kid Marquis has worked with G Herbo, And a bunch of other guys. They had the connections and we all work together and I just made my way throughout to city meeting more important people who’ve been in the music business for a while and meeting other producers and just networking.  Just using the connections I had led to other opportunities and I did my own research as well , finding ways to get my music heard and promoting myself helped me get to where I am now , from snippet videos to supporting others. OK-Tho: After the EP drops what's the rest of 2018 looking like for you? D2X: I’m just looking to expand my brand , I’m planning on building my image even more , I’m gonna start focusing more on releasing visuals, coming up with new ways to market my music, business ventures and just continuing working hard on better myself as an artist overall. The best is yet to come! OK-Tho: Sounds good, can't wait. It was dope to do this interview with you. Anything you want to say, or anyone you wanna shoutout before we close out? D2X: Just want to shout out everybody who believed in me and my mom who been there for since day 1, Enjoy Life , August 10th!