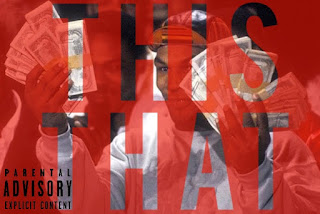 New York emcee Kamron Bahani has been impressing peers and grabbing fans with his ability to mold himself and create over any soundscape. Exploding on the scene with multiple projects, we’ve gotten personal tracks, battle raps and radio ready music from the talented emcee. Earlier this year Bahani released his sophomore album “Magnum Opus Open”…”Menace” is up next…

Kamron Bahani’s third album “Menace” is set to release later in August. To hold us over and to bring witness to his current endeavor he brings us “This That”. If you’ve been riding with Bahani for a minute you know he’s able to double time with the best of them and “This That” is him digging deep over a heavy instrumental tearing the beat to pieces. While “Magnum Opus Open” really had our hero analyzing his life and the world around him, both the successes and pains, “Menace” has Bahani confident and feeling unstoppable. Check out “This That” below and get ready for “Menace” dropping soon.