Scotty ATL's Latest Album "It's TIME!" is an Shining Underdog Amidst a Hectic Week of Releases 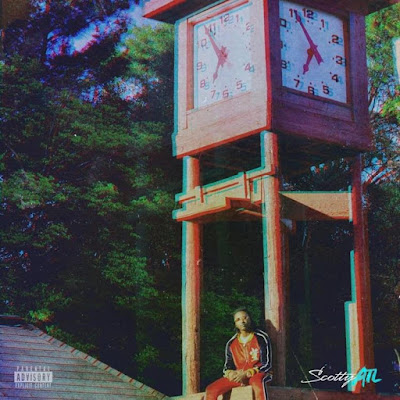 Scotty ATL has been hanging around for a while, dropping a long string of projects since the turn of the decade. He still wears Atlanta on his sleeve, still flirts with club bangers as well as thought provoking 16's, and still puts in major work. Not much changes on his latest release, It's TIME!. The project comes in at 13 tracks, each one offering something a little different. We even get a guest spot from the late, great Bankroll Fresh, along with a feature from Kissie Lee. Bankroll's feature is laid down on "Mr. Bignutz", a trap cut that reeks of Atlanta. The following track however, "FDA" brings along a funky bass line that Scotty rides with ease, making it one of the most appealing moments of the LP. The contrast exemplifies the skillset that Scotty is capable of utilizing when he is on his game.

Scotty seems to have come into this project with an idea in mind. Some of the themes and tones stray from one another, but they still get the job done. Backed by the single "Ratchet", It's TIME! has potential to garner some serious attention.

Listen to the album below.