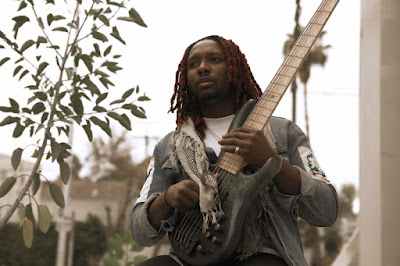 Known to some as the bassist and producer for The Internet, Patrick Paige II shows off his flexibility with his hedged release of "The Party Song/The Best Policy" featuring Fortebowie. Paige proves himself to be more than his role may show with The Internet as he spits bar after bar on the release. The double take opposes yet compliments itself, serving as a an ode to the struggle of maintaining a social balance while dealing with inner conflict. He had this to say about the work:

“I wanted to show the duality of the difficult time in my life where I still made an attempt to go out and enjoy myself. But. Even with trying to maintain a social life, at some point when it was all over I still had to go home, alone, and face my demons.”


The visuals, directed by Topshelf Junior exhibit the dual nature of the feelings at hand, going from commanding a room to submitting yourself to loneliness in a matter of seconds. The singles come fresh off of Paige's latest album, Letters of Irrelevance which features the likes of Syd, G Perico, Kauri Faux, and more. Watch the video for "The Party Song/The Best Policy" below and listen to the album here.