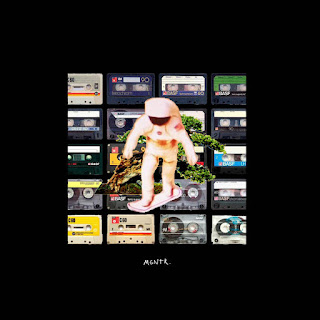 The humble consistent Virginia native and low key producer for the MGNTK collective, Logic Marselis, drops yet another masterful piece of work that can merge hip hop heads and gamers alike. Super Audio WORLD 2, draws inspiration from the SNES classic console. Logic takes listeners on a journey with each record as if your trying to accomplish a 16 bit game level which fits the soundscape perfectly.

The project is respectfully introduced with "Donut Ghost House" that's filled with over laying ghostly haunting vocals meshing with Logic's signature drums and dropouts, which is quite essential in beat culture nowadays. The raw but ever so bright "Yoshi's Island" is accompanied by subtle horns and chopped high pitch keys. At first listen it's like your going through a kaleidoscope type level from the beginning to the conclusion of the record.

The standout instrumental is "Star World" which sounds like it was made for a gamer with it's hard drums and its glitch effect keys that would make the perfect sound canvas for a bonus level. Clocking in at 10 tracks each record is referenced to the names of each level of the early 90's video game classic with names such as "Donut Plains" or "Sunken Ghost Ship". Super Audio WORLD 2 brings back a sense of nostalgia that the listener can actually enjoy.