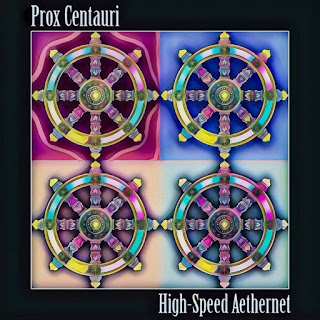 Born in Flint, Michigan and inspired by Nas, AZ, MF Doom, Big L, Ras Kass, Canibus, and Twista (to name a few) as well as the legendary Samurai Champloo, lyricist Prox Centauri aims to pay homage to the artists and mediums that influenced him, while simultaneously contributing to the genre.
His debut mixtape High-Speed Aethernet (released 09/21/2018) is an attempt to synthesize many of the ideas he has had about the nature of consciousness, reality, and government control.
Prox’s style is the result of his innate desire to catalog and diagram the complexities of the human experience while utilizing his love for deep, substantive lyrics.
According to ancient Platonist philosophy, Aether is the ineffable fifth element that is said to act as the threading that unifies our experience. This illusive substance has been described throughout history with great reverence, despite our limited understanding of its official origins and purpose. When Aether is juxtaposed with eastern ideas about the Akashic Records, Indra’s Net, and interconnectedness, we begin to see the emergent framework of a potentially universal credo that addresses the mystical forces at play and our abilities to access them.
Always hungry for knowledge, the Michigan product has made it his mission to understand the numerous disciplines and energies present in our society and universe.