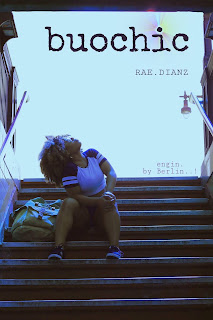 A 22 year old neo-soul rapper from Philadelphia influenced by her musician parents, that recently found her calling as a rapper/performer under the alias "Rae.Dianz". The final week of August she released an EP titled "BUOCHIC" that conveyed the message of self reflection and overcoming obstacles. She's currently working on an acoustic version of the EP, with guitarist Alexia!

Here's one of the seven tracks!