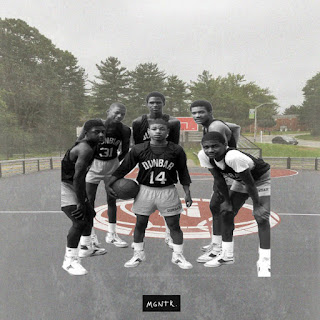 Baltimore emcee UllNevaNo and Virginia producer Illien Rosewell have been respectfully building up there catalogs with consistent projects such as SHAMMGOD and BEHOLD. The two collaborators are back with there third and final installment for CONFIDENCE IS EVERYTHING 3. The two artists organically crafted this album In the studio together which makes this piece of work sound like fresh boom bap live instrumentation. Running with the vintage basketball reference which Neva has been known for, "63 in Boston" starts off with a soundbite of Michael Jordan scoring 63 points against the Celtics during his rookie year. At first listen you know something epic is about to happen, weaving thru Illien's signature hard drums and a hook assisted by the producer himself Neva proves his consistency isn't coming to screeching halt anytime soon. Neva displays barbaric madness on the neck snapping "Chain Nets" after he let's wack emcees know that hes the "Humble Bad Guy".  Not forgetting his roots that made him the hip hop artist that he is today, Neva pays homage on the soulful "99 Rawkus Logo" with clever lines like "Once the tracks on, I transform to a viscous killer, ghostwriters don't have a leg to stand on like Quentin Miller". CONFIDENCE IS EVERYTHING 3 is 8 records of well structured hip hop is all we need from this duo, and the chemistry shows throughout the album.
Emcee: UllNevaNo(you'll never know)
Producer: illien Rosewell