A Gory, Fun, And Whatever Else Halloween Inspired Playlist [2018] 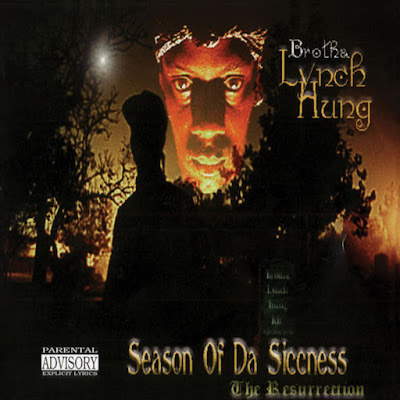 Halloween and every thing it entails is not exactly synonymous with hip-hop, but some artists make a hard bargain. Whether it be them dipping their toes, or showing their true colors, here are some rock solid, Halloween friendly cuts.

3 6 Mafia, The Mafia 6, or however they choose to stylize their name--it doesn't matter. Every phase of their legacy brought something new to the table. They often lose some credit for their footprint on the colorful, reckless, horrorcore scene for just that reason. There is so much to look at when you take a step back, but at one point the likes of Juicy J and crew were perfecting the art of scoring horror films on Memphis hip-hop records. Listen to "Body Parts" to see it in action.

The Gravediggaz could probably consume this whole list if I gave them the chance, but then again I would just send you to the song's original album 6 Feet Deep. It's the same album that contains classics like "1-800-Suicide" and "Diary of a Madman", "Nowhere to Run Nowhere to Hide" just has a name that is fun for the season. The Gravediggaz are the poster children for rap that is deemed as horrorcore, and rightfully so.

I am not positive enough as to when this song came out to publish it as fact, but from what I can collect it is around 1994. Nonetheless, holding someone dubbed as "The Scarecrow" off this list would be sinful. It is hard to pinpoint anyone who put more passion into terrifying listeners than Lord Infamous. Whether it be the classic horror samples he would use for the basis for his famed rapid fire flow that has been popularized today, or his knack for depicting gore and morbid imagery, the late great Lord Infamous is a legend in these regards.

Similar to Lord Infamous, Brotha Lynch Hung has an aura around his name that cements him as a pioneer of gore and horror inspired hip-hop. The west coast legend has made a living off of tracks like "Season of Da Siccness", a banger off of the album of the same name. Meat cleavers, creative means of murder, shamelessly victimizing others-- it's all there.

This one is a gimme. The quintessential group that stretched the narrative to new places was way ahead of their time. "Mind Playin' Tricks On Me" forever has a place in hip-hop's intangible hall of fame, and runs listeners through sweat inducing paranoia while banging on one of the most iconic instrumentals of all time.

Shout out to the female emcees like Gangsta Boo, La Chat, Mia X, Rah Digga, Junglepussy, and many others for holding it down in the left field, grueling, sub genres of hip-hop. The idea of Gangsta Boo and La Chat characterizing themselves as witches for an entire album is kind of corny but really badass. While the hook isn't necessarily my cup of tea, the rest of the song is. It shows just what the two rappers can do, not to mention on an October friendly track.

"No Fear" brings it all together. An Evil Dead inspired cover, a haunting piano loop, and a borderline possessed tone of voice from the two gentlemen on the track. Smug Mang never shies away from explicit images of terror, contemplating life and death, and owning his demons. Xavier comes in dreary and cold, effectively sounding lifeless on an already dark track. "No Fear" is a cult-horror film translated into a rap song.

This track makes the cut for a number of reasons. Namely the name, but also the heavy piano, and the menacing nature of Jimmy Wopo while still being so likable. He was lost too soon, as his "Elm Street" collection is nothing short of gems. Piggy backing off horror movies is always a go in my book, and when they're executed like "Elm Street" they become a force to be reckoned with.


"Blade" is Earl at his most sensory detail driven, uncensored, and slasher film inspired especially with a title as such. The minute and a half long record points to a direction of rioting, predatory habits, and much more while Earl stays calm and witty. The days of Odd Future carrying the horrorcore torch are long gone, but still bump years later.


Honestly, why not. The title is there, the beat is there, Riff Raff's love for all things Halloween is there. The man has a mixtape called Trick Or Treat that the track was featured on, as well as Balloween, which is all good enough for me.